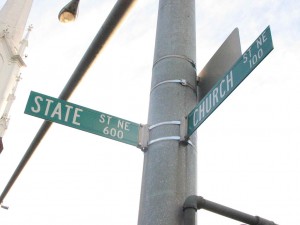 Since Carlos Celdran shouted “Damaso!” Filipinos have been echoing his call for secularism — the separation of church and state. But were they right in asking the CBCP to stay out of politics?

Some people say “no.” They think that however wrong the CBCP is, it’s their right to meddle in politics.

But they’re wrong. Because when the CBCP meddles in politics, they perpertrate a form of tax evasion. (I’ve written about this before, but this time I have a legal precedent.)

The regulations on charitable institutions

Once they participate in non-charitable activities — private, commercial, political — their status as a charitable institution is investigated. Which is what happened to the Lung Center of the Philippines in 2004.

The case of the Lung Center of the Philippines

But the Quezon city assessor discovered that in addition to their charitable activities, the Lung Center also operated for profit. Because of this, the assessor taxed both the land and the hospital. The Lung center made an appeal, claiming that as a charitable institution, they are exempted from paying real property taxes. They appealed — and lost — to four other courts. Eventually, they brought the case to the Supreme Court.

The Lung Center’s (and CBCP’s) defense

It’s important to understand the arguments used by the Lung Center because they are the same ones used by defenders of the CBCP’s political meddling.

The Lung Center argued that the profit gained from leasing out space (a profitable activity) is used to fund their primary purpose — attending to charity patients, reducing the incidence of lung-related ailments, etc. Defenders of church meddling are saying that meddling in politics (a political activity) fulfills their primary purpose, which is ultimately religious.

But is this defense valid?

The Supreme Court decided that those parts of the hospital leased out for profit are not exempted from taxation. It doesn’t matter whether the profits are used to fund the Lung Center’s main goals. The fact that a non-charitable activity was done at all automatically disqualifies a property from tax exemption.

How does this translate to the case of the CBCP? When a priest makes political statements during a sermon, the church in which the sermon is made is liable for taxation. In the same way, other CBCP properties — publications, radio stations, TV stations — that make political statements should be taxed.

How much politics can a sermon include? To answer this question, let’s review why the Supreme Court decided to tax the Lung Center.

Before 1973, the arguments of the Lung Center (and the CBCP) would have worked. But since the 1973 Constitution took effect, replacing the 1935 Constitution, their defense is no longer valid. What’s the difference?

What does this mean? Here’s a section of the Supreme Court decision:

In other words, it doesn’t matter what the Lung Center uses the money for. The fact that they made money at all is enough to disqualify their hospital from tax exemption.

A property is liable for taxation the moment a non-charitable activity is performed — even if it ultimately serves an institution’s charitable purpose .

But what if the dominant part of a sermon is religious? What if only a minute out of a half-hour sermon is used to make political statements? Here the Supreme Court ruling is also relevant:

If real property is used for one or more commercial purposes, it is not exclusively used for the exempted purposes but is subject to taxation. The words “dominant use” or “principal use” cannot be substituted for the words “used exclusively” without doing violence to the Constitutions and the law. Solely is synonymous with exclusively.

The CBCP does not have the right to meddle in politics. At least not while they are registered as a tax-exempt charitable institution. If they want to continue their pulpit politicking, they must register as a political institution and pay their dues. Otherwise, they’re just evading taxes. What’s worse, this illegal politicking is funded indirectly by every Filipino — whether they agree with CBCP’s politics or not.

Carlos Celdran was right when he shouted “Damaso!” and called for bishops to stop political meddling. And every tax-paying citizen is right when they make a similar call.