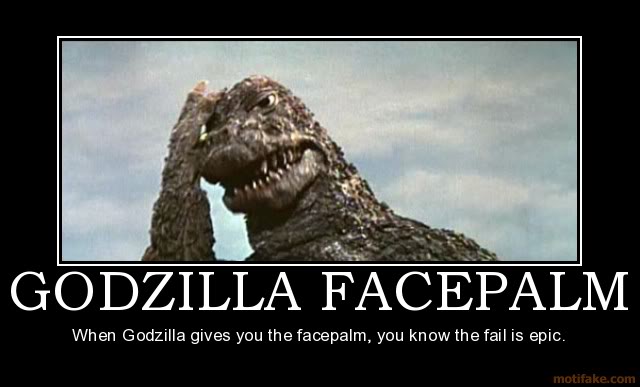 You will probably remember the case of Baby George, a newborn infant who was found in a trash can that was being removed from a landed airliner in NAIA last September 13. It shocked the Philippine community, drawing equal amounts of outrage and compassion.

Outrage for anybody who would be so cold-hearted as to abandon a child in a trash bin, and compassion for Baby George (named after Gulf Air’s initials), who’s found no shortage of those willing to bring him into a kind, loving home.

Baby George is alive and well presently, and in the care of DSWD. While I wish I could say that this is the end of this story, that is not the case. Not when somebody decides to send a letter to the local papers, and tries to capitalize on the incident with hastily drawn generalizations, and shoddy attempts at trying to pin the blame on those who are in support of a reproductive health program in the Philippines.

That certain somebody being a letter titled “What the surveys don’t tell.”

Most of you in the forums know that I’m not one to mince words. If I don’t like somebody, I say it point-blank, and often with copious amounts foul language that would make a drill sergeant curl his toes. However, most of you also know that I don’t normally resort to carpet F-bombings in, at least not unless my opponent has proven themselves to be utterly devoid of common sense, or really, really get on my nerves.

More than just a counter-attack, this article will serve as a reference for some of the more relevant documents and studies that you, the readers, should know about with regard to the Reproductive Health Bill.

Without further ado – and before I get sidetracked by the hotter posts (Damn you, Noy and Celdran! /sarcasm) – I present the letter, and my rebuttal to its key points:

Aha! Compassion is alive and kicking!

…Except for the mentally imbalanced woman who didn’t think twice about tossing poor George into the rubbish bin, or opportunistic blowhard(s) who’d use a defenseless, motherless, child to take potshots at pro-choice advocates.

The difference being that the women was troubled, distraught, clearly not in a proper state of mind, and clearly needs help. Ordonez, on the other hand, is talking within normal parameters. What’s his excuse?

But didn’t SWS surveys show that unwanted pregnancies abound and that contraceptives and abortions have high approval scores?

Surely he isn’t talking about this SWS survey, right? In 2008, the Social Weather Station found that out of 1,500 respondents, 68% agreed to the distribution of legal contraceptives such as condoms, Intrauterine devices (IUDs), and pills to the public.

The RH Bill itself has been very explicit in explaining that one of its primary goals is the prevention of unwanted pregnancies, and by connection, abortions. For the benefit of those who haven’t read the bill yet (and really, you should), here is the Section in question:

m. While nothing in this Act changes the law on abortion, as abortion remains a crime and is punishable, the government shall ensure that women seeking care for post-abortion complications shall be treated and counseled in a humane, non-judgmental and compassionate manner.

As for Ordonez’ assertion that there has been a very high approval rating for abortions, well I’m still looking for that SWS survey he claims exists. I’d ask him where this copy is, but seeing that I’m no colorectal surgeon, we’ll move on.

The baby Georges of this world, creatures of unwanted pregnancies, say birth control plotters, are the big obstacles to the growth of our economy.

No. That’s an oversimplification of the problem of poverty in the Philippines.

It’s a multi-headed beast, and is caused by several factors, including severe corruption, poor discipline among both citizens and civil servants, a crumbling and neglected educational system, and lack of law and order; That’s an off-the-cuffs summary of course, and elaborating on each bit would probably take several articles.

On the family level, the pro-choicers I know generally agree that encouraging families to have children within their means often leads to them having more disposable income for essentials such as food, shelter, and education.

And it’s more than just common sense or intuition – Studies such as the document “Population Dynamics and Household Saving: Evidence from the Philippines” indicate that our swelling population growth does have an impact on our economic growth.

While it’s true that population growth impacts economic growth, my point is that there are several factors that serve as obstacles to the overall economic growth of the the Philippines, one of them being a wanton lack of regard for how many mouths a family should learn how to feed.

Trying to accuse Pro-RH people of being so shortsighted as to to think that family planning is a cure-all is being dishonest.

And really Ordonez, did you just call babies “creatures” ?

What SWS surveys don’t tell us (SWS didn’t survey the matter of guilt, trauma and remorse of women who together with the abortionists commit the dastardly act of infanticide) is that compassion is an inherent value and a strong characteristic in a human being when confronting the tragic in a fellow human being.

I find it ironic that Ordonez would ramble on about compassion, seeing as how he has no qualms about blaming women – who himself rightly states are experiencing severe guilt, trauma and remorse – of being murderers.

This is quite a common tactic among the more rabid examples of self-proclaimed pro-lifers. Just when the woman concerned needs emotional support and counseling the most, these vulture don’t have any qualms about swooping in to tear their already fragile condition apart just so they can feed their bloated, self-righeous egos. An ego, I might add, that has no qualms about murdering human beings in cold blood.

Shouldn’t the Reproductive Health bill pushers (attention: Rep. Edcel Lagman) brandish an actual case of unwanted pregnancy and declare baby George as a big obstacle to the growth of our economy?

Not really, and I don’t think I’ve seen any pro-choice (barring trolls) advocates even thinking of having baby George killed because we think he’s some sort of “hindrance.”

He’s a full-born human being, a life that deserves as much rights and protection as everybody else since the moment he’s left the womb. We’re all happy that so many people – despite how bad our economy is – are more than willing to give George a loving home. It’s a glimmer of hope in such dismal times.

What we do support, however, is a widespread education program that enables a woman to have the choice to raise child on her terms, at a time when she’s fully prepared for the journey to motherhood. You give women the opportunity and knowledge they need to prepare themselves, and situations such as George’s predicament are far less likely to happen.

The only guy I see here even thinking of murdering a child to push an agenda is Ordonez himself.

Shouldn’t the RH bill pushers come to the rescue of baby George’s mother and defend her human right to dump her baby in a garbage bin till he dies black and blue?

Once again, Ordonez is the only one who’s even suggesting this course of action. It’s getting rather creepy…

SWS (attention: Mahar Mangahas) should do an in-depth survey on unwanted pregnancies. We deserve to know the mental and spiritual health of pregnant women, unwanted or wanted. We want to know the real barometer of the Filipino women’s compassion toward the existence and maintenance of life, tragic or triumphant.

He is right – you can’t trust a quick survey group like the SWS to conduct something as in-depth and sensitive as interviewing women who endure the psychological trauma of having to endure an abortion.

Such a topic is best left to specialist groups such as the Center for Reproductive Rights, which did invest the time and money necessary to compile such a report, titled Forsaken Lives (you can grab a full PDF copy and summary here)

The results of the study are damning. Instead of curbing the problem, outlawing abortion has only driven the industry underground, away from properly monitored public health standards and into the hands of unscrupulous doctors, and others of dubious origins with ready access to Recto’s various diploma mills.

Juxtapose this with Ordonez’s following statement:

After all, to love and to make sacrifices in sustaining life are an individual decision, not a law enforced by the state.

Pure irony. The whole point of the RH Bill as a means of giving people a more informed choice in the first place is lost on him.

The latest news is that baby George’s mother has been found by the NBI and that she’s remorseful, wants to see baby George, and nurse him back to life (maternal instinct).

Good for mother’s change of heart then, and for the NBI.

The problem however, is that Baby George’s predicament is not an isolated case, and is in fact just one of the more prominent incidents in a very disturbing trend. According to the DSWD, up to a hundred 100 children are abandoned and turned over to their offices every two months.

“We hear news everyday about babies being abandoned in churches, garbage dumps and the streets,” says Senator Pia Cayetano, who chairs the Senate Committee on Youth, Women and Family Relations. “In many cases, parents are forced by extreme poverty to give up their child for adoption. There are also instances where young mothers who are unprepared for parenthood simply abandon their baby in the hospital after giving birth.”

And remember that these are only the children who have been officially reported
by the DSWD. . How many more out there have been yet to be found, left to die because their parents cannot provide for them, and some people are simply too bull-headed to see the problem even if it’s dangling in front of them.

She’s not a zombie after all. And who knows, someday, baby George may become the president of the Philippines.

Um, no, she was never one to begin with. And I think you just insulted her by implying she was one.

On a parting note, I’d like to make a shout out to Columnist Mr. Bobi Tiglao, specifically for mentioning the document regarding population growth and the economy during his recent column at the Philippine Daily Inquirer.

He was also responsible for a couple of previous columns that shed light on the church sex abuse cases, and the rise of the skeptic’s movement, so if you have time to visit PDI’s website, email him a couple of thank-you letter to help counteract the hatemail he’s been swamped with following the publishing of those articles.