Secularism and Physics on Death and Immortality

The premise: a problem

It has been said over and over again, as a defense or even as a backlash, by religious men and women that religion has a curative and comforting utility to humankind like no other. It has also been said over and over again by secular people and rationalists that however comforting some belief or idea is, it nevertheless adds nothing to the truth value of the belief or idea. That secularism offers nothing more than a skinny comfort blanket amidst the cold and pouring rain at best. That may well be true, and indeed it leads me to believe that it all boils down to what we really want: happiness or the truth. Happiness may not necessarily be true or what’s really happening, and having the truth may not necessarily make one happy. This conflict reminds me of the doggedly proverbial “The truth hurts” and The X-Files’ “The truth is out there”. This conflict also reminds me of the struggle in the movie The Matrix, wherein to know the truth, one has to be ‘removed’ from the confines of the complacency brought about by the virtual reality of the machines who have taken over. Once one has learned the truth, which involves living as a fugitive or freedom fighter wearing mostly ragged clothing near the center of the Earth, one is left to wonder if it would have been better to have stayed in the fantasy reality, even though it’s all make-believe. I guess it wouldn’t be so surprising considering the fact that human beings, like almost every other animal, are predisposed to follow what is certain to help in the continuation of its species. After all, speaking in ageological time scale, homo sapiens are but cells that have just fertilized, and are beginning to undergo cell division to form a larger animal.

So then, if you will humor my ponderings, what could secularism possibly offer as an answer to one of the most profound questions we humans have asked since the dawn of our consciousness: What is death or what happens when we die? Do we survive death in some form or is there nothing after it?

Quite a mouthful of questions, and ones that have plagued thinkers or philosophers for centuries upon centuries. But I think before I even begin to give my answer to those questions, a little ‘mood setter’ is in need. Some questions are too frank or too blunt in manner, which sometimes has the effect on the listener or the questioner of making one lose focus on the more relevant and apparent details. The mood setting quote is from the book Unweaving The Rainbow by prof.Richard Dawkins. It’s his reply to people who keep on ranting or complaining or fussing about their deaths. Everytime I read it, especially when I watched and heard prof. Dawkins read it with emotions in a talk at UC Berkeley, I cannot help but be moved by it’s message, wrapped around in romantic scientific prose:

We are going to die, and that makes us the lucky ones. Most people are never going to die because they are never going to be born. The potential people who could have been here in my place but who will in fact never see the light of day outnumber the sand grains of Arabia. Certainly those unborn ghosts include greater poets than Keats, scientists greater than Newton. We know this because the set of possible people allowed by our DNA so massively exceeds the set of actual people. In the teeth of these stupefying odds it is you and I, in our ordinariness, that are here.

And continuing this passage in his talk:

We privileged few, who won the lottery of birth against all odds, how dare we whine at our inevitable return to that prior state, from which the vast majority have never stirred.

Makes one (or at least myself) wonder if we even have the right to feel anger or guilt or even sadness by our undeniable demise.

An episode of The X-Files has agent Mulder talking to agent Scully about starlight. He says that starlight as we see it here on Earth is already billions of years old, and has traveled unimaginable distances (light-years). Stars that are now long dead, but whose light is still traveling through time. Mulder continues that perhaps that’s where souls (our souls, after we die) reside. Today, we know from physicists that the premise is correct (that starlight is very old and still keeps on traveling), but we can’t be certain (or perhaps not at all) about the succeeding statement of Mulder (about souls). Scully, Mulder’s partner, continues Mulder’s statements by saying that the light doesn’t die, and that maybe that’s the only thing that never does. Speaking in a purely Einsteinian fashion when dealing with spirituality and such, perhaps our ’souls’ do reside in starlight, and in that sense our ’souls’ do continue on forever.

Taking the first statement into consideration, that ’souls’ do reside in starlight, to be technical about it, we can probably say that it’s actually not starlight in our case but ‘planetlight’. We know that in order to see an object we have to shine light on it, after which the light bounces back, illuminating the object, back to our eyes. In the same sense, the Sun illuminates Earth at daytime, and at nighttime the Moon or our electrical/electronic devices light us up and our surroundings. In that sense light is shined on us, and so it is reflected back, which eventually reaches outer space and into the vast cosmos. In this way our ’souls’ which in this case means our whole lifetime under some source of light, is ‘framed’ in a ‘wave’ of light cruising the universe. If there are intelligent lifeforms out there in the universe and they can’t come here due to technological constraints (same as our case), once they try viewing our part of the universe, what they’ll be 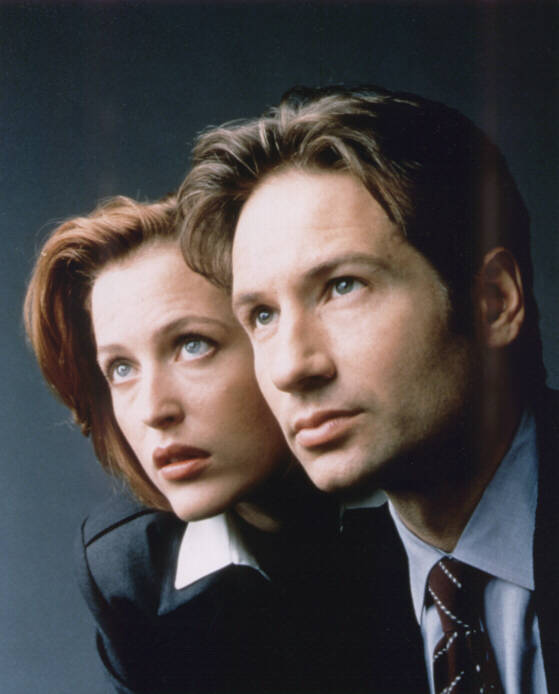 seeing is planetlight (which is reflected starlight, the star being our Sun or light from some other source) containing us, our lifetimes, and our history. What they’ll be seeing of course depends on many factors such as how far they are from us, how sensitive their viewing instruments are, what time they tried viewing us, among other things.

As for Scully’s statement, that starlight doesn’t die, technically speaking that can be true, since as long as photons don’t get smashed or absorbed, they keep on travelling in space, most likely till the edge of the universe and (our) time itself. However there is a limit to how long light can travel for one to be able to ‘reconstruct’ the data (in this case our ’souls’) it carries with it. This is because as light travels, similar to a wave, it spreads across time and space. As the light spreads, at some point in the universe very distant from the light source, it will be nearly to absolutely impossible to know what information that light brought with it. In a word, the light will be too ’stretched’ to make any sense out of it. This is similar to research being done on the Big bang. We are in an epoch of the universe where we can still study ‘cosmic background radiation’ (electromagnetic radiation, same as light) leading back to the Big bang. If we were a few millions of years late, we might not be able to analyze the data that comes along with the cosmic background radiation. And so Scully is partially correct since light can possibly not die, but the information in the light may become lost to us or someone viewing us.

In essence, our ’souls’, most of our memories, achievements, feats, and other things in our light-stricken lives continue to propagate into inter-stellar space. The propagation duration many orders of magnitude longer than any of our lifetimes combined, which could be treated as practically infinity, and in some ways, immortality.