Men are Cheaters; Women are Gold Diggers (Part 1 of 2)

This article was inspired by a post on the Filipino Freethinkers updates and announcements Facebook group page. One group member casually asked the question, “If all the single men and women left are either philanderers or gold diggers would you look the other way, commit to them and live in delusion because you don’t want to die lonely? Or would you stay single forever?”

The scenario, in my opinion, forces us into what we might call a “false dilemma.” For one it implies that one must “commit” to someone in order to not die lonely, and that loneliness is the reason for why people choose to be in a relationship. But that’s beside the point.

This is a common association a lot of people make: Men are cheaters; women are gold diggers. I felt that these were rather unfair generalizations. However, I don’t make conclusions based on what I “feel.” I decided to take a quick look at the available information on the subject. 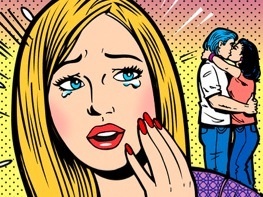 Do men cheat more than women? Quick answer: yes. Is it because men are inherently “philanderers”? Nope.

According to Schonfeld, “According to recent data from the National Opinion Research Center’s General Social Survey, American wives were nearly 40 percent more likely to be cheating on their spouses in 2010 than in 1990. The number of husbands reporting infidelity, meanwhile, stayed constant at 21 percent, meaning wives are now cheating 70% as often.”

There are many theories as to why women are, as it seems, suddenly deciding to cheat. Some think it’s because of increased female independence. In other words, women can now afford the consequences of having an affair.

Other people attribute this rise to the cultural shifts happening due to the Internet. There are actually extramarital meetup services like, Ashley Madison, to help facilitate such endeavors.

Schonfeld reports that the data from Ashley Madison confirms the trends revealed by the survey:

“The ratio of males to females is greatest among users older than 65, with 14 men for every woman. The ratio is 4-to-1 among users in their 50s, 3-to-1 for spouses in their 40s, and evenly divided among people using Ashley Madison in their 30s.”

In other words, those whose culture have been influenced by Internet trends, and whose career options and access to resources are not as limited by their sex, are as equally likely to cheat. As the economic gender gap between men and women closes, so does the “cheating gap.”

Based on this information, I think that the reason why men seem to have a higher tendency to cheat is not entirely because of biological reasons (although there are correlations), but rather because society is more permissive of male cheating.

For one, men, especially in the past, often find themselves economically equipped to deal with the consequences. Secondly, when men cheat, they are not publicly shamed as much as women are. At the very least, men are not stripped naked and beaten senseless in public like the poor girl:

In part 2, we’ll take a closer look at the myth that women are “gold-diggers.”