Getting Tested: The Results of My First HIV Exam

Few things make me nervous. Job interviews, cute boys, boa constrictors—I can face them just fine. But when I took my first HIV test at the last FF meetup, I definitely felt my tummy tumbling over. And this ended up being a very good thing.

I’ve been sexually active for a decade now, and have had an above average number of sexual partners. And yes, I hate to admit that some of those encounters were without protection, because I was a stupid, stupid, stupid kid who should have known better. And in all ten of these years, I had never gotten tested for HIV. So, despite the fact that my partners were relatively clean-living people (e.g. no back-alley blood transfusions for cash, at least I don’t think), and have not announced any life-threatening ailments on their Timelines, I was most definitely not in the clear. There was that chance, however small. It takes just one, as they say. 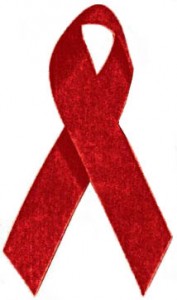 Fortunately, we were under the care of some awesome people from Take the Test Project, a group that administers HIV testing and counseling for free to whoever requests for them. Not only were they learned, patient, open, and unbiased during their pre- and post-test counseling, but they were also very efficient on the whole; I knew the results of my blood test in less than thirty minutes.

But that period of waiting, however short, spooked me. It made me think about how I should have been more careful, and how I should apply what I’ve learned and be far more cautious from that point on. I was also nervous because if I turned out to be HIV-positive, then it was highly likely that my boyfriend of nearly five years could be positive as well, since we stopped using condoms after I went on the Pill. I knew that a positive result, all in all, would change my life, and maybe my boyfriend’s, significantly.

Nonetheless, it’s important to understand that being HIV-positive is nothing to be ashamed about. I was nervous, yes, but none of that had to do with a prospective shame. Yes, being HIV-positive would be challenging. Yes, it would affect what kind of activities you could or couldn’t do. Yes, it would make meeting new partners* trickier, since it would entail being extra candid and cautious when it came to matters of sex. But being ashamed of myself was not one of the problems.

I was nervous because HIV was a virus. Having it does not make me a bad person; having it does not warrant anyone to look down on me, much less shun me for anything. But it is a dangerous thing, and if not treated immediately and properly, could lead to AIDS and a much earlier death. In certain respects, it’s kind of like having diabetes. Getting diagnosed with diabetes means drastic lifestyle changes—cutting out sugar, being generally more careful with what you consume, taking daily insulin shots, etc. I would be very nervous if I had to wait for news of whether I was diabetic or not, too. Either condition would change my life, and as a person aiming to live a fairly simple existence—with just enough thrills here and there to sate me—this would be a little hard to swallow.

My test turned out non-reactive, which meant that I did not have the markers for HIV. There was a very miniscule chance that I could still be positive, especially if I were recently infected, but on the whole, I was safe. It was the best news. But the last thing that announcement did was encourage me to move on like all of this never happened. It did the exact opposite. It made me even more adamant that everyone, regardless of who they are and how they live, should take the test as well. Not only will taking it lessen this ridiculous stigma around the virus, but it will do a whole world of good to those who do turn out positive, so they can plan out their lives accordingly, preventing them from getting sicker or spreading the virus to others. Feeling nervous prior to test results is nothing compared to finding out accidentally and far, far too late.

However wild or tame your lifestyle may be, taking the HIV test is simply the right thing to do. Negative or positive, the results will help you, your loved ones, and the population as a whole to look the virus in the eye and live a better life for it.

Want to take the test? Just get in touch with the Take the Test Project through their site, or through these numbers:

*Which I won’t do because I lab you very, very much, babby!!!