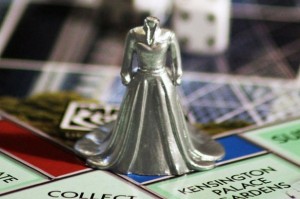 It’s a good time to be gay (and lesbian and bi and trans). Obama’s support for same-sex marriage came shortly after another LGBT win: Miriam Quiambao’s recent homophobic statements galvanized support for the LGBT community, raising awareness and even sympathy for their cause.

Momentum is on the LGBT community’s side, and with this week’s celebration of International Day Against Homophobia and Transphobia (IDAHO), debates on marriage equality and other LGBT issues have reignited. Although an LGBT win is not guaranteed, the debate itself is a minor victory; the status quo is a defeat by default.

To maintain the status quo, the Catholic Church and other conservative elements will try to dictate definitions — the terms of the debate. In the reproductive health (RH) debate, the most time-consuming distraction they use is the question, “When does life begin?” Pro-RH legislators would invariably fall into the trap of trying to define “life.” The anti-RH then argues as if it had a monopoly on the its meaning, which is to be expected from a group that has proclaims itself the “pro-life” side.

In the marriage equality debate, conservatives will use a similar tactic: they will try to monopolize the meaning of marriage. Marriage, they will argue, is a Catholic sacrament reserved for one man and one woman who love each other (unitive) and intend to have children (procreative) — to go beyond that definition bastardizes its meaning and endangers the institution of marriage itself. But even a brief look at history will show that the Catholic marriage is nothing but a modern invention.

What’s God got to do with it?

Long before God even created the world 6,000 to 10,000 years ago (if you’re a Young Earth creationist), people were getting married. The institution of marriage was invented before history was recorded reliably, and there’s as much variation in its practice as there are ancient cultures.

Back then, marriages were personal agreements that did not need the approval of the government or Church, and could easily be done informally — ceremonies were optional.

It was only in the 12th century that Catholics started calling marriage a sacrament, and only in the 16th that they made the status official. And even then it was considered one of the lesser sacraments, and until the 10th century it was performed outside the Church. Priests didn’t officiate until the 13th century, a fact that mirrors the low esteem many Catholic leaders had for marriage.

Although Augustine believed that marriage was a sacrament, he thought that it delayed the coming of God’s kingdom. Jerome, a saint and Doctor of the Church, called marriage evil. Tertullian, called the founder of Western theology, said marriage “consists essentially in fornication.” Opinion varied, but it’s clear that marriage was viewed by early Catholic leaders as a necessary evil at worst and a lesser good at best.

What’s love got to do with it?

Far from the formal ceremony it is today, marriage was originally an agreement between individuals, a partnership — not a permanent commitment of love. It did not need the approval of the church or state, and it was often done informally — ceremonies were optional.

Rather than love or even lust, these agreements had more to do with money and power. Wives were not loved by their husbands and vice versa: women were simply child bearers; men, child supporters. As Demosthenes explained, “We have prostitutes for our pleasure, concubines for our health, and wives to bear us lawful offspring.”

When a man loves a woman

Before heterosexual marriage became the norm, same-sex marriages had been in existence for centuries. It was a socially recognized institution in Ancient Greece and Rome, in some regions of China, and in Ancient Europe.

The one-partner limit is also relatively new. In Old Testament times, husbands could take multiple wives at the same time. Solomon, with all his divinely inspired wisdom, thought it was a good idea — he had 700 wives and 300 concubines. It was only in 342 AD that Christian emperors enforced the one-woman-one-man rule and ordered the execution of those who disobeyed.

Despite their differences, the Church version and the more traditional ones share having children as a goal. But unlike their other marriage restrictions (consanguinity, affinity, age, etc.) the intention to have children is impossible to check, and is therefore unenforceable anyway.

This is probably why marriage is evolving to be something more than just baby-making thanks in no small part to the rise of reproductive health services and education around the world.

This review of the history of marriage is hardly comprehensive, yet it sufficiently shows how marriage has changed. If we include in our scope the various versions of marriage practiced today, it will make one thing clear: there is no individual or organization that can monopolize the meaning of marriage.

Giving the LGBT community the freedom to marry is not a break from tradition but a return to it. To be more precise, although it is different from the Catholic tradition, it is part of an older one, and if history is any justification, it’s just as valid. So the next time somebody protests that same-sex marriage destroys the traditional one, ask them: which tradition?