Blessed are the Poor, said the Billionaire Bishops 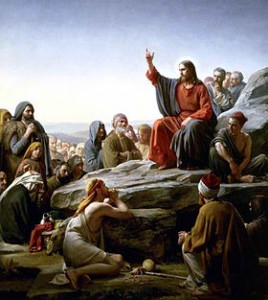 Every night, millions of poor Filipinos pray that when they wake up, they’d no longer be poor. Answering these prayers would take nothing short of a miracle. And a miracle, by definition, is highly improbable; just witnessing one is considered a blessing by many.

But a miracle might just be what Romulo Macalintal has performed. Together with Lito Atienza, Macalintal led a campaign to replace the vehicles returned by Catholic bishops in the wake of the recent PCSO scandal. In less than two weeks of fundraising, donations exceeded a million pesos.

But it’s not the amount of donations that I consider miraculous. Nor is it the fact that they were collected in less than half a month. The fact that Macalintal managed to convince so many that the bishops needed money — now that’s a miracle.

Because as friend and fellow RH advocate Elizabeth Angsioco pointed out, the bishops are filthy rich:

There are a few more minor holdings that are not included here and many more corporations can be examined. Even without touching the RCC’s real estate properties (which are surely worth many billions), and its highly profitable businesses like schools and hospitals, it is quite clear that the RCC as a church, as well as its various entities are FILTHY RICH.

What 18 billion can buy

18 billion Pesos. That’s 18 thousand pesos multiplied by a million. Or 18 million pesos multiplied by a thousand. No matter how I put it, few Filipinos can fathom what it means to have such a huge amount. Maybe it will be easier to understand in terms of what the bishops can buy with all that money. 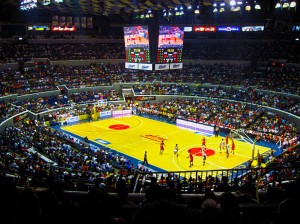 Consider the Araneta Coliseum. It can hold 15 to 16 thousand people. Picture every seat in every row occupied by a person, from ringside to general admission. With 18 billion pesos, the Catholic bishops can afford to give every person in a packed Araneta Coliseum their own SUV[1]. To be exact, the bishops can buy 15,272 SUVs[2].

If the bishops can afford this much, why did they have to ask PCSO for SUVs? Whatever the reason, it wouldn’t be the only time a bishop asked for something he could have paid for himself.

In Cagayan, the Archdiocese of Tuguegarao asked PCSO for money to pay for the operational expenses of a retirement home for priests. The PCSO gave them P200,000 plus an unknown amount for “finishing touches” on the renovation of the said retirement home. Forget about the fact that this is a clear violation of our Constitution and PCSO’s charter and consider this: Although P200,000 is no small amount, it’s nothing compared to the more than P100 million pesos the Bishop of Tuguegarao has invested in San Miguel and Ayala. With that P100+ million, the bishop could pay for the operation of 500 retirement homes, and he’d still have several million left.

Anyone can use a calculator and plug in the values, but I think there’s something wrong with Atienza’s arithmetic:

Atienza, who helped launch the Piso Para sa Obispo campaign in Cebu, can do the Math. But there’s something wrong when you divide the burden of raising P8 million among poorer people, especially when the beneficiary can afford to give P8 million each to 2,250 people (18B/8M).

The sin of obscene wealth

Surely if there’s anyone that should be doing the donating, it’s the Catholic bishops. Instead, they keep their billions invested where all it does is make the bishops even more rich. Angsioco discovered that from May to July of this year, the value of the bishops’ investments appreciated by P567 million. When Atienza said you can be sure that what you give to the church comes back to you (“Kapag nagbigay ka naman kasi sa simbahan, alam mong babalik din sa iyo”), he might have been referring to the stock market.

And while the billionaire bishops become even richer, millions remain poor and hungry. An organization that claims moral ascendancy should find something wrong with this picture, especially one that calls itself pro poor. Apparently it’s not only wrong — it’s a mortal sin:

The Vatican has revised the traditional Catholic “Seven Deadly Sins” with new ones, including “being obscenely wealthy.” Monsignor Gianfranco Girotti, head of the Apostolic Penitentiary, announced the new sins in an interview published on March 10, 2008, in LOsservatore Romano, the Vatican newspaper… Bishop Girotti explained that the sin of obscene wealth consists of “the excessive accumulation of wealth by a few.”

Are the billionaire bishops guilty of “excessive accumulation of wealth by a few”? When a few people have enough money to give SUVs to 15,272 people, the answer is obvious. And the bishops owe society a lot. Obviously, I’m not suggesting that the bishops start giving away Pajeros. All I’m saying is that if you’re really pro-poor, you should be the ones giving to the poor, not the other way around. The question is, Have the bishops accumulated wealth so that they could be pro-poor? Or have they pretended to be pro-poor so that they could accumulate wealth?

The problem of evil

Anyway, let’s correct Atienza’s Mathematical mistake and see how much we can divide the bishops’ P18 billion among the people who really need it. According to a recent Social Weather Stations (SWS) survey, 15.1 percent of Filipinos (14.2 million) are hungry and 2 percent of Filipinos (around 1.88 million) are severely hungry, having nothing to eat often or always. The billionaire bishops can feed all hungry Filipinos for more than a month. If they chose to help only the 1.88 million who are severely hungry, the bishops can provide food for more than nine months [3].

The billionaire bishops are in a position to perform a real miracle in the Philippines. For more than a month, they can end hunger; for almost one year, they can put an end to severe hunger. The bishops are able. But as Epicurus asked in his early formulation of the problem of evil, “Are the bishops able but not willing?”