I’m not telling everyone to kill themselves. I’m here to argue that suicide should be institutionalized in a way that minimizes the suffering of both those choosing to end their lives on their own terms and the loved ones they intend to leave behind. This system would allow for people to have access to both counseling and humane ways to end their life should they so choose. It would handle documenting their last wishes and minimizing the work a grieving family would have to deal with.

Our lives belong to us completely. Arguably, this idea is the basis of laws forbidding murder, because earlier iterations of them allowed for the murder of slaves by their owners. A slave’s life is owned by their master, thus the master can kill them if they should so choose. But given this basis, shouldn’t it necessarily follow that the right to commit suicide is a right just as fundamental as the right to life? 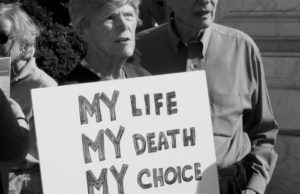 This week, we heard about the suicide of Chester Bennington of Linkin Park and with it came the slew of comments calling him weak and selfish, asserting that suicide is a cop out. Even in the countries where assisted dying is legal, we still see a bias against those who are young, physically fit, but dealing with mental illnesses like in the case of Adam Maier-Clayton. We saw this same level of vitriol when a Dutch court ruled to allow a 20 year old abuse victim to take her own life (with assistance) as a mercy killing. These reactions are natural since we’re hard wired to be repulsed by death. But this undermines the amount of time they might have spent pondering this decision, and it ignores the fact that people almost never commit suicide to hurt others.

Studies have shown that while most people who have living wills would rather not be kept on life support, an overwhelming majority of those faced with the choice to keep a loved one on life support would choose to extend their life as much as they can. This choice is often a selfish one and the lengths we are willing to go to just to stay alive aren’t as far as the lengths our loved ones would rather put us through. This is usually because the idea of allowing a loved one die on our watch makes us feel responsible for their death, regardless of how much involvement we had. 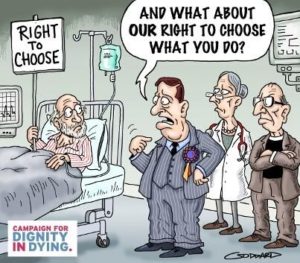 Allowing people to take the timing and means of their death into their own hands minimizes the suffering of both those dying and the loved ones they’ll leave behind, no matter how repulsed most of us are with the idea of death, not to mention our own death. We should move beyond that impulse and instead be repulsed by people trying to assert their wills on the lives of mature, independent adults. Just like how we abhor the idea of forcibly ending a life, we should abhor the idea of forcing someone to continue living a life they no longer want.