Married Men, Transgender Women, and the Intricacies of Conditional Consent

In an article from telegraph.co.uk, Laura Perrins discusses how the legal definitions of both consent and rape is is changing. Apparently, courts are beginning to consider the notion of conditional consent.

What exactly is conditional consent?

But what if a woman agrees to have unprotected sex with a boyfriend given the condition that he ejaculates into her? If the boyfriend decides to withdraw, has he violated her consent? Is it also rape?

The writer, herself, has her own apprehensions regarding how conditional consent is interpreted.

She says, “Does this new idea of ‘conditional consent’ include any condition being attached to the act? So if a woman only consents to sexual intercourse on the condition that they are in a relationship, which the defendant leads her to believe is true but in his mind there is no such relationship on the current law, this could be rape.”

I’m not here to argue whether or not such violations should be considered rape. The question I’m asking is what kind of information, and how much of this information, does a partner have a right to?

Some prerequisites for consent are prejudiced, or even irrational. However, if these prerequisites are intentionally violated, whether through deception, manipulation, or physical force, can we all agree that it is unethical?

The issue of conditional consent raises some relevant concerns.

Honestly, I’m on the fence regarding this issue.

In a conversation, a friend of mine argues that:

“Only situations where nondisclosure harms others, i.e. with HIV, ‘should’ a person disclose. In any other case, it’s their own private decision and none of anyone else’s business. Consider cases as mundane as having a third nipple. Or a micropenis. Or extra thick pubic hair. Which details should a person be obligated to disclose before having sex with another person, and is it really anyone else’s business to say, besides just being between those two people? It really depends on who you’re talking to. Some people don’t mind finding out certain things in bed, some people do. It’s a dynamic of sex and dating that people need to navigate, and aside from increasing the openness of society to the variety of people in the world, I don’t think it’s anyone’s business to tell anyone what they should/shouldn’t disclose to another person.”

I agree with him, in theory.

Although it’s outside my preferences, if I had relations with a transgender who I thought was a cisgender, not having this information probably won’t harm me. But, personally, I would prefer to find out if the person I’m about to have relations with is a transgender woman or a cisgender woman. I am neither entitled to that information nor is she obligated to provide me that information, but I would like to know anyway.

Even though I consider both the transgender woman and the cisgender woman real women, I would still prefer to have relations with a cisgender woman. I asked a friend if this preference for cis meant that I was transphobic. He replied, “If I refused to date a man am I a homophobe or just straight?”

Just to clarify, I do not prefer a cisgender woman because she is “more woman” than a transgender woman, neither am I making a distinction between a “real woman” and a “fake woman.” It’s not either/or, or black and white.

There is nothing wrong with these preferences.

It’s unfair that some men prefer only cisgender women. It’s also unfair that some women prefer only men with jobs. People’s preferences are influenced by many biases: social class, purity myths, homophobia, transphobia, ignorance, religious intolerance, intellectual snobbery, etc. But what influences the prevalence of these preferences are irrelevant. What’s relevant is that regardless of how silly these preferences are, they are prerequisites for a person’s conditional consent.

One can make the argument that a cisgender woman’s conditional consent – “I only want to have sex with single men” – is often violated. That’s true. In fact, a lot of married men intentionally pretend to be single until they have sex with a woman. But the common occurrence of a violation does not make it less of a violation. 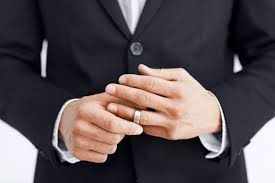 Although I do not believe that people should be required to disclose harmless information that they don’t want to, I think that withholding information that you know is important to your partner is a violation of his or her consent, regardless of how trivial you think that information is. But, I could also be wrong.

What do you think?