Is the Philippines Ready For Humanism? 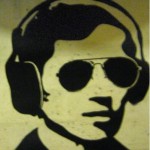 A long line of women together with their children, standing under the sun, waiting patiently for their turn to buy a few kilos of rice. The poorest of the poor has their own line in buying cheaper rice, mostly located in the baranggay’s parish church. Poverty really took its toll in the Philippines, which makes me sometimes wonder, is the Filipino ready for humanism? Can you imagine Filipinos thinking themselves at the center of the cosmos?

The term is too alien to the typical man in the street. Here in the Philippines, you will not encounter the term “humanist” in everyday conversation. But how about in the past? Four hundred years of Spanish occupation has ruled out any possibility for the Filipino to use rationality to think for themselves. Roman Catholicism seems to obliterate it. It was the Spanish friars who fasten the sense guilt to every Filipino…the guilt of being poor and ignorant. As if God has sealed every Filipinos’ fate. The Filipinos are now bonded by the belief that they are all sinners and needed to be punished. This sense of guilt has achieved its purpose. It has broken the Filipino spirit to resist these European invaders. It has broken the spirit of every Filipino to seek change and improvement until now.

There are but few people who fought this. Yet they were labeled as rebels instead of a humanist. Dr. Jose Rizal for example fought for social reforms. In his travel to Europe, he has witness how education and reason have brought the status and life of European nations. Rizal wanted this kind of philosophy to enter the Filipino mind. He also saw in Europe that religious belief can be questioned. Aha! So it can be questioned, religion can be put in the stand! Rizal never really left his god-belief and Christianity, yet because of his European travels, he was influence into rationalism. For him (Rizal), the best religions are those that are simplest, most in conformity with nature, most in harmony with the needs and aspirations men. (Rizal-Pastells IV, &; ER 4:120) Christianity is greater not because of how God discloses himself in the pages of the Old and New Testaments, but because it conforms to nature and fulfills the needs of the human person. Rizal states that he believes in God’s existence “through reasoning and necessity than by faith (Rizal-Pastells III, 4; ER 4:85) and that his faith in God is a conclusion of deductive reasoning process.

In Rizal’s novel, Noli Me Tangere, Elias (one of his characters) believed that miraculous intervention from God is an impossibly. A miracle, as a contravention of the law of nature, is a contradiction. It may reflect Rizal’s own belief relative to the Spanish rule in the Philippines. Ferdinand Blumentritt, Rizal’s German friend, introduced to Rizal the spirit of free inquiry.

Rizal’s idea is really not humanism (its more rationalism) but it’s the only thing that is very near the humanist philosophy. We really do not know if humanism will developed as Rizal matures but we know that his life was cut short. He was sentence to death and was shot on December 30, 1896 in Bagungbayan (Luneta)

How about today? Are Filipinos ready for humanism or did it died with Rizal?

Before we answer the question we have to explore what humanism is.

Humanism is a human centered philosophy focusing on the human individual’s pursuit of identity and meaning amidst the social and economic pressures of mass society for superficiality and conformism. Hmmmmm…The idea is too vague for a typical Filipino. Every Filipino might says that everyone is pursuing identity and meaning.

Maybe we need to specify things a little bit.

Luckily I have a copy of Mr. Paul Kurtz’s affirmations of humanism. Maybe I can use one or two of its paragraphs to see if the Filipino is ready to become a humanist.

A humanist is committed to the application of reasons and science in solving problems. And he/she uses human intelligent free from superstition. How about the Filipino? Jose Rizal has shown the benefit of using reason – but did the Filipino listen? There was a time when Filipinos work by cooperation; we call this “bayanihan”. I really do not know what happened to this positive Filipino trait? Filipinos these days are more into controversies and “crab mentality” when facing national concerns. “Hey if that is our problem, let us all sink in the mud together.” So how does Juan Makabayan (Filipino Nationalists) resolve his problems? Well…maybe you have seen a lot of militant rallies going on in the street of Mendiola. That is how they solve it.

And Juan dela Cruz (the Filipino masses) believe that every incidents, is the will of God. Oh yes…and did I forget to tell you that they also believe that their life is just borrowed from God. Yeah…like life is being forfeited in some divine pawnshop.

Superstition hinders knowledge and what more damaging is the belief that a so-called supernatural deity that watches every humans destiny. Success is seen as a manifestation of godly favor. This idea suggests that what you become is what God’s will you to become and not because of your own struggle. So what happened on your efforts? Well it seems every Filipino’s action is really not his own. So when failures and obstacle come, the answer is prayer- Prayer to turn God’s favor back to you. It diminishes any sense of accomplishment and responsibility.

Then because of this unhinge inspiration, the Filipinos tend to become less scientific and too counter productive. Even the education system in the Philippines is becoming less result oriented. Instead of producing more intellects and technocrats, we are producing more domestic helpers to send abroad and wash some old Caucasian’s ass.

I would like to thank religion…yes that old time religion whose lies and propaganda have turned Juan Dela Cruz a walking “uto-uto” – you can picture it like a newly hatched duckling that aimlessly following empty promises and authoritative doctrines based on fear and superstitions. A good case example is that of the EDSA revolution of 1985 and 1992. It was said that EDSA revolution was kindled by prayers. Sure…majorities of faces in that revolution was nuns and priests and it claimed God have changed Philippines forever. To commemorate it, we now have a large statue of the “Virgin Mother” there at EDSA and a church near a large shopping mall. So? What changes did it do so far? We are now worst compare to the Marcos Era! It is said that Philippine society began to disintegrate after EDSA. Compare to the Marcoses, a lot of people have observed that we are now more chaotic. Graft and corruption did not go away; in fact we have the worst cases. The church says that we now have the freedom compares to the Martial law years…yet they forget to include responsibility.

And until now, Juan dela Cruz still anticipate for divine intermediation to resolve someday his problems. So if God has the power to help the Filipino on their difficulties, why should they trouble themselves to look for solution? As a result the Filipinos are contented in believing that God will help them if they will just pray for these evils to end. If not, then it means God was displeased. God is displeased on the Philippine government, on how the Filipinos are not worshipping Him properly, on how immoral the Filipinos became and so on. In each failure that occurs, it was God’s anger and reckoning. National crisis became a sign of divine judgment and retribution.

And what kind of solution does this mentality can accomplished? Whether we like it or not, the Philippines has a very inferior quality of education compare to its Asian neighbors. Poorly paid teachers give poor kind of education. Today, a lot of our public elementary schools are deteriorating both physically and mentally. We now have poorly equipped classrooms with children too weary to study and teachers too busy selling commodities to subsidize her low take-home pay. Well some people will say as an excuse in contrast to Japan, we Filipinos can speak the English language efficiently. But is it really something to be proud of? The Japanese employer using his crooked English tells his English-speaking Filipino employee what to do, while the Filipino nursing aid, using his fluent English, asked his Chinese employer in Hong Kong what else to do. Gosh!

And how about science? When will Juan Dela Cruz accept the benefits of science? Here in the Philippines, the word science is mostly synonymous to a child’s nursery rhymes. No, not because we excel on it, but because majority of private schools in the Philippines are run by religious organization. Do you think they will be very happy to teach those rich kids about evolution and the advancement of science against religious superstition?

So when a typhoon or an earthquake struck it is divine will. Forget about ozone depletion and the Green-House effect. Forget about the floods cause by caiñguins and illegal loggers. Forget about CFC and pollution cause by vehicle exhaust; forget about the effect of global warming, cyanide fishing and “moro-ami”. Nope it is a sign that the Filipinos are losing faith to the Lord…Halleluiah!

Back in the 70’s, the Philippines were known as one of the best rice producing country in Asia. A lot of our Asian neighbors like Thailand and Vietnam have sent some of their best farmers and technicians here in the Philippines to learn from us new technique in rice planting and harvesting. Now we are importing rice from those nations! What happened? What scientific achievement had the Filipinos did in the last 30 years?

The Banaue Rice Terraces in the Mountain Province is now deteriorating and instead of sending technicians and archeologists, we are sending Born-Again Christian missionaries to convert the pagans to Christianity – Alas! We are witnessing with a sad adieu the disappearance of the Mountain Province’s heritage and culture.

Filipinos have been fond of saying that they have been fighting for freedom, democracy, tyranny and poverty all the time. Some are even saying that it’s time for the Filipino to tell the truth? Damn! Even the Catholic Church is saying that the Filipinos should fight for the truth. But what truth are Filipinos fighting for? Are we ready to admit that religion has never really opened our eyes so we can perceive what we have become? What is the use of liberty if we are still chained in the neck by superstition and ignorance? For centuries we are taught that the dignity of man was not his own possession. That we are judge by a deity, whose invisibility has become the excuse of conniving conmen whose only purpose, is to enriched themselves with money and power from the very hustles of the Filipino masses who allowed themselves to be used and abused. This is what is happening to the poor Filipino.