I’ve recently caught wind of news that someone I know has been habitually verbally and emotionally abusing his wife for the past few years. My other friends have tried to intervene to no avail. The guy keeps brushing off the criticism with empty promises to keep trying to be better.

You would think that such prolonged abuse would warrant us calling the authorities on this friend of ours or to at least help his wife begin the process of separation / annullment / divorce (btw, why the fuck don’t we still have divorce in this god-forsaken country?). Unfortunately, she has expressed that she wants to keep the marriage together, and has thus cut ties with those who would help put an end to the abuse and instead surrounded herself with her “friends” who encourage her to endure the abuse for the sake of keeping the marriage together. Much of this encouragement would probably be better described as religious blackmail, which ultimately enables abusive partners by making the victims incapable of even considering the possibility of detachment.

It is in the regard that I wish to tackle the misogyny and patriarchal attitudes that can be found in common Christian teachings. (I will be focusing on Christian teachings as this is what directly affects my friend’s wife, although I’m sure that many other religious texts are rife with similar problems.) 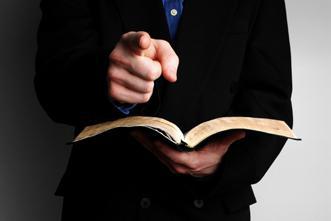 According to the following research:

Both the Hebrew Bible and Christian Scriptures contain story after story of violence against women: … Later Christian texts also condone male violence against women and the domination of women. For example, the right of chastisement was the enforcer of women’s subordination in marriage. In the “Rules of Marriage” … we find the careful instruction to a husband to first reprimand his wife; “And if this still doesn’t work… take up a stick and beat her soundly… for it is better to punish the body and correct the soul than to damage the soul and spare the body” … “Wives be subject to your husbands as you are to the Lord. For the husband is the head of the wife just as Christ is the head of the church, the body of which he is the Savior. Just as the church is subject to Christ, so also wives ought to be, in everything, to their husbands” (Ephesians 5.22-24 NRSV). Either by its silence or its instruction, the church has too often communicated to battered women that they should stay in abusive relationships, try to be better wives, and “forgive and forget.” To batterers, it has communicated that their efforts to control their wives or girlfriends are justified because women are to be subject to men in all things. They have been permitted to “discipline” their wives and their children all for the “good of the family.” Christian history is filled with examples of church leaders justifying abuse of women by men. Church fathers like Martin Luther unapologetically described their own physical violence towards their wives (Smith, 1911). … Prooftexting (the selective use of a text, usually out of context, to support one’s position) is a common ploy by those who seek to simply justify their actions. It is not difficult to prooftext a man’s prerogative to dominate and control a woman within patriarchal western religious traditions.

It continues later on, in a section entitled “Transforming Roadblocks into Resources”:

Early in the development of religious responses to sexual and domestic violence, Bussert (1986) clearly stated the agenda: “We need . . . to begin articulating a faith that will provide women with resources for strength rather than resources for endurance. We must articulate a theology of empowerment rather than a theology of passive endurance” … Although Christianity, Judaism, and Islam all state as a core value the preservation of marriage and the family, an underlying purpose behind the application of texts and teachings on marriage and family often has been the preservation of male control of women and children within a patriarchal system. … Thus we have seen centuries of “religion in service to patriarchy” rather than serving as a challenge to the dominant social norms which have perpetuated violence against women.

This kind of story is not uncommon:

Research shows that the men most likely to abuse their wives are evangelical Christians who attend church sporadically. Church leaders in Australia say they abhor abuse of any kind. But advocates say the church is not just failing to sufficiently address domestic violence, it is both enabling and concealing it.

It is not uncommon for religious groups to engage in victim-blaming, as in the following case:

Though Andersen was rescued by her church’s pastor, who had his assistant pastor arrested himself, she says other churchwomen aren’t so lucky, particularly when churches tell couples to attend joint marriage counseling under lay ministry leaders with no specific training for abuse survivors, who instead offer an unswerving prescription of submission and headship, often telling women to learn to submit “better.”

But perhaps most insidious of all is the danger of religious belief being embedded so strongly within the victim that they are effectively “thoughtblinded” from seeing a way out of the abuse without having to resort to further religious reasoning:

“Devout Christian believers are more intensely bound by their desire to obey God: their very real Savior, who they do not want to displease in any way. Christian victims thus put a positive internal pressure on themselves to ‘stay, submit, pray, forgive, and forget the previous abuse because that would be holding unforgiveness.'” Simply put, Roberts says, “A Bible-believing Christian woman needs a biblical argument for leaving a dangerous marriage because she loves God and wants to obey the Bible… Her scriptural dilemma can only be solved by applying and properly interpreting more scripture to counterbalance and correct her unbalanced emphases and misunderstandings.” It’s to that end that Roberts and her fellow travelers are amassing a library of resources—novels, personal testimonies, and exegetical material—for women to whom secular reasons for leaving can’t appeal.

Religion does not have to be as rigid as others try to make it. History is flush with examples of religious reforms, revolutions, and remixing. Scripture, taken literally, would have us stoning and enslaving each other. What saves us from this horrendous outcome is the individual human capacity for moral judgement. We must always remember that our capacity to decide which parts of scripture are metaphor and which are literal gives us the same capacity to reinterpret and possibly even reject entire commandments laid out in holy texts. Morality does not flow from a single book or a group of “divinely chosen interpreters”, but instead from each and every one of us with a capacity for compassion. We need only to look beyond religion and deeper within ourselves to develop morality.

This is a well-known issue that I really wish I didn’t have to write about, since so many others have already written at length about it. But it bears repeating for as long as religion is both used as justification for abusive behavior and used to trap victims in abusive relationships. If you are a religious leader or are part of a religious group, know that there are many available resources on how to fight domestic abuse within your communities. Together, we can take steps towards preventing abusive behavior from being legitimized by religious dogma. This may not seem much, but if spread far and wide, I hope that this can eventually fall into the hands of someone who is in a position to help my friend break free from her own abuse.

Moving On from Martial Law