An Open Letter to All RH Supporters: A Response

It is undeniable that in the protracted fight for women’s rights, both sides of the RH debate have had their fair share of mudslinging and cynical caricaturing. I do not doubt at all that the anti-RH mean well. I believe in the sincerity of your positions, though I do believe that these positions are often misleading and often scarily absurd. I have no illusions that your side will reconsider any of these positions regardless of evidence, but in the interest of goodwill, I will sincerely address the statements in your open letter.

First of all, you claim that you share our concern for the health of women. Again, I do not doubt this, but I do question the way you act on this concern. The RH Law does provide for increased funding for maternal health services. You do not seem to be opposed to that, only that you are hung up on the matter of contraceptives.

It is totally unnecessary to lie about cancer links to oral contraceptives, since your opposition to the RH Law is founded on dogma, not medicine or scientific research. You would oppose the law even if it would only provide for barrier contraceptive methods, such as condoms. If you want a civil discussion, let us not pretend that the argument is really about abortion or about cancer concerns.

Citing cancer links only serve to weaken your position, when better studies have refuted then. You cite the International Agency for Research on Cancer’s classification of oral contraceptive pills as group 1 carcinogens. As the Mayo Clinic clarifies, this classification was based on studies on old OCP formulations. While studies did show links between breast cancer and OCPs, these links completely disappear in studies on modern formulations.

In the largest modern study on current lower estrogen and new progestin formulation oral contraceptive pills involving over 9000 women, no breast cancer links were found. It is plainly intellectually dishonest to pass off old data as current.

Science improves through time, and old positions are discarded in the face of contradictory evidence. I understand that this method of revising and improving ideas is foreign to faith, but it is no excuse for when anti-choice advocates try to speak on matters of science.

Second, you claim to respect the right to choose. This is simply not true. Forgive me for lumping the actions of the Catholic Church hierarchy and its government allies with yours, but let’s not pretend that your ideals are not identical. If this is an inaccurate statement, then feel free to denounce the following.

The Catholic Church and its members have worked tirelessly to restrict access to contraceptives, even just in recent memory. The city of Manila, under the mayoralty of then-Pro-Life Philippines President Lito Atienza (your president), banned the provision of contraceptives in city hospitals and health centers, which the poor had relied on. A stronghold of the Opus Dei and the Saint James the Great Parish, the Ayala Alabang Village, banned the sale of all contraceptives to anyone without a prescription, even for barrier methods. There were also several copycat ordinances in other parts the country.

With your own then-president implicated, as well as your Mother Church, saying that you are not against choice and the freedom to acquire contraceptives is clearly a sin against the eight commandment. (That’s the one about lying.)

The issue of choice is also not simply having contraceptives available for sale. To pretend that it is betrays a level of privilege that is inexcusable for a supposedly charitable organization. It goes against the very notion of social justice. This is like pretending that any poor person has the free choice to be a doctor or a lawyer, without the assistance of scholarships and educational subsidies.

You seem to be oblivious to just how deprived of choice the poor are. Otherwise, ignorant statements like, “A law cannot give the people something the people already have,” would never even merit a moment’s consideration. But if it needs to be said, let me say it. The poor cannot afford meals, let alone contraceptives. No, they did not have a choice before the RH Law, and they still don’t, thanks to the status quo ante order against the RH Law.

Third, you claim not to be against the poor or progress. You claim that the solution to poverty is job creation, feeding programs, and education. I am certain that these are not bad ideas, but to advocate these to the exclusion of reproductive health is absolutely short-sighted and unsustainable.

Six out of every ten pregnancies is unwanted. This is particularly relevant to poor women who have a greater problem of achieving their desired family size. It takes little logical effort to figure out that abortions stem from unwanted pregnancies. If you are truly against abortion, reducing unwanted pregnancies should be your primary concern.

Poor women are especially burdened with having to provide for, feed, and educate unplanned children, when they do not even have the resources to feed themselves, let alone the other children they already have. I’m sure many of these parents grow to love their unplanned children, but this does not diminish the fact that families suffer because of having even less to divide among family members. This is a recipe for abuses, such as child abandonment and child labor.

Let us have a society where every child is wanted and is born to a loving family that will care for their well-being. That doesn’t have to be a controversial wish, but it is in the Philippines.

Women deserve a life where they can pursue happiness, however they define it. Incidentally, that definition usually does not include having a child too young or when finances are tight.

It is true that both sides of the debate share the goal of seeing the Philippines flourish. I do not believe the caricature that the anti-RH are against the law for the selfish reason of putting more people on pews. I believe that you want to help people, but understand that we want to help people in this life, not in some imagined afterlife that punishes people for all eternity.

Your concern for the faith of Catholics is not, and should not, be shared by the State. Your concern should not burden the Filipino people who, by an overwhelming majority, baptized Catholics and non-Catholics alike, want to take control of their reproductive choices.

You claim that it is “so easy” to distribute condoms and pills to the poor. On the contrary, it is not. Reproductive health advocates have fought for the right to do so for over a decade now because of the oppressive tactics employed by you and your Church. What is easy, though, is to pay lip service to providing education and employment to people without considering the realities of unwanted pregnancies. It is easy to misrepresent the RH movement as deludedly offering a silver bullet to poverty. That is not what the RH Law is about. It is not supposed to address all the problems of poverty. The law aims to help families achieve the family size they want. It aims to provide economic and personal freedom to women who cannot afford the opportunity costs of pregnancy.

It is easy for a privileged and powerful institution to talk about “empowering” the poor, then oppose one of the surest ways to achieve empowerment—freeing a society’s women from the shackles of forced pregnancy. People of means never have to worry about carrying a pregnancy to term while worrying about how to feed yourself and your already starving other children. If you want to talk about easy things, compare your lives to those who have less than you. 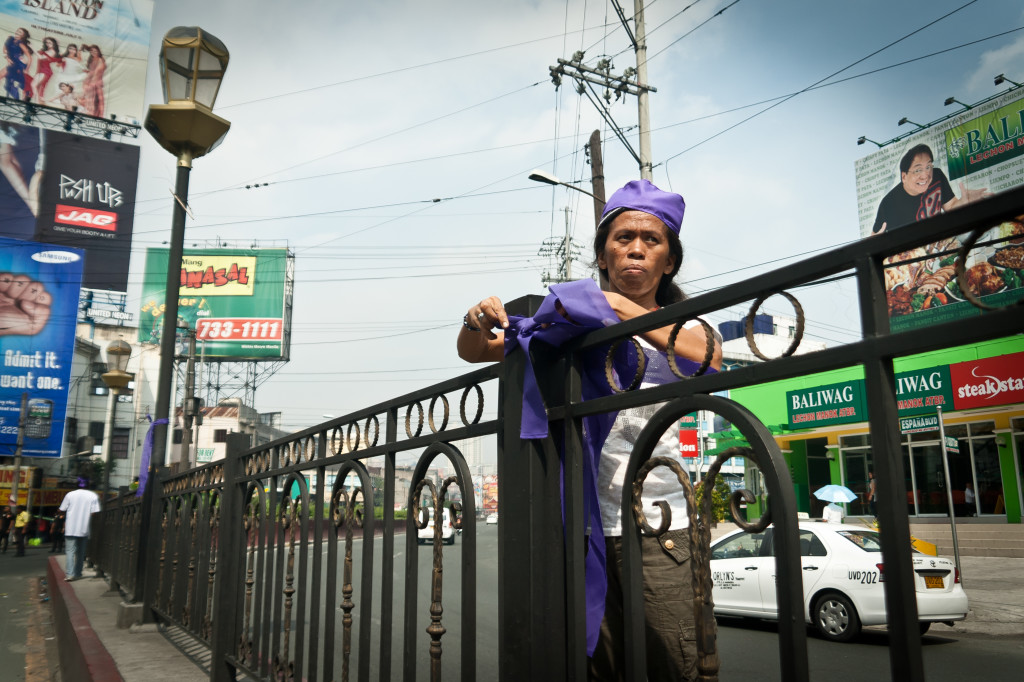