Love is Thicker Than Water (But Not True Semen) 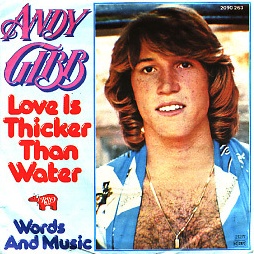 Former CBCP President Oscar Cruz has said that LGBT weddings are OK, but there’s a catch: Lesbians can only marry gays, gays can only marry lesbians, and the rest can only marry someone from the LGBT community if the other party has a different set of sexual organs:

Aside from having the right pair of genitals, Cruz mentioned two other requirements for couples: capacity to consummate the union, and the possibility of conception. Many commented with the same questions: What about love? Is marriage just about sex? What about straight couples who cannot have children?

This led a fellow freethinker to write a satirical article about Catholic marriage, reporting that the Church will now integrate a sperm count in the wedding ceremony. I hope that few would miss the fact that this is satire. But no matter how satirical, I don’t think it comes close to how absurd the official Church position is. I’ll get to this shortly, but first, a reminder: The following is not satire.

First of all, I’m surprised that Cruz got an important detail wrong, considering he is the judicial vicar of the CBCP National Appellate Matrimonial Tribunal. Possibility of conception is not a requirement for marriage. Or stated another way, sterility is not a marital impediment:

Can. 1084: §3. Sterility neither prohibits nor nullifies marriage, without prejudice to the prescript of ⇒ can. 1098. (The marriage contract can be invalidated if one of the parties is dishonest about their sterility.)

Although Cruz was wrong about sterility, he was right about impotence. Couples who want to get married must have the capacity to “consummate the union”:

Can. 1084 §1. Antecedent and perpetual impotence to have intercourse, whether on the part of the man or the woman, whether absolute or relative, nullifies marriage by its very nature.

So sterility is OK, but impotence is not. But this was not always the case.

Scientists soon discovered that the male ejaculate contained not only sperm but other stuff as well. According to Dorland’s Medical Dictionary, semen is “composed of spermatozoa in a nutrient plasma, secretions from the prostate, seminal vesicles and various other glands, epithelial cells and minor constituents.” So it could be argued that sperm, although often found in semen, was not what made semen “true.”

The uncertainty on what constitutes true semen led the Congregation of the Doctrine of the Faith (CDF) to allow marriage involving men who had legally imposed vasectomies. It was only in 1977 when the CDF declared with certainty that canonical potency “does not necessarily require anything in the ejaculate that has been produced in the testicles.” True semen need not have sperm.

What’s Love Got To Do With It

But if sperm is no longer crucial, what is? Three things: (1) an erect penis (2) penetrating a vagina and (3) secreting true semen. The reason for this, however convoluted, is easy enough to explain. When a married couple successfully procreates in the Church-approved way, all 3 things are present. Therefore, all 3 things are essential in every sexual act — even though it may not necessarily lead to procreation.

So even though sterile couples cannot have children when they have sex, the fact that they’re having sex in the same Church-approved way that fertile couples do makes their intercourse valid.

It’s also worth noting that even fertile couples who do not ever plan to have children are not allowed to marry. This, together with the other rules I’ve discussed reveal the Church’s true understanding of marriage: nothing more than a license to have sex. It doesn’t matter to the Church how much two people care for one another. Love may be thicker than water, but not true semen.