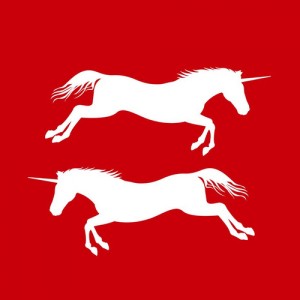 I hate to admit this but my mind is pretty impenetrable. After reading what passes for a “stand” on legalizing same-sex marriage in the Philippines, my opinion on the matter remains the same. I just can’t (and I probably never will) understand why anyone would want to vote against gay people getting married.

I hate hearing people say that same-sex marriages will destroy the sanctity of that union. On the top of my head, here are 5 things that are currently destroying the sanctity of marriage:

Nobody’s asking me but I don’t think marriages were ever sacred. Most marriages in the good old days were done to acquire land, to obtain financial security, to improve social status, to gain more political power…  pretty much the same reasons why most people are getting married today. Romantic love is a fairly recent invention but as far as myths go, it’s also a fairly good thing to put your faith in. I get very giddy when I see couples holding hands while walking because even though it doesn’t seem to exist for me, it’s nice to see that it is real for some people. They’re not hurting me, unless I’m particularly hormonal that day and I start wondering why I’m still single.

I’m also perpetually perplexed by people who cry foul for their divine being of choice. Take the people who believe in Judeo-Christian god for example. You’ll occasionally find them protesting on the streets carrying “God hates fags” posters (even though their god allegedly created everything – hell included because, as you might know, Lucifer came from heaven too). I envy them because they have so much time in their hands, as I’m pretty sure it takes a while to organize a protest. It takes time and effort to create banners and posters but I suppose nothing bonds people closer than a common enemy. All that hate must have the kick of a million energy drinks.

Anyway, it perplexes me because if they hate “fags” so much… why not just let them burn in hell? What’s all the fuss trying to save damned souls? Don’t you people want more space in heaven? I’m pretty sure all your efforts have already been recognized by the bearded one upstairs. Do good and be good, that’s all you need to do right? I checked the Bible and from what I can tell, there are only two things that will guarantee safe passage to hell: suicide and doubt. So unless you killed yourself and/or you’re an atheist, all you need to do is to ask for forgiveness and you’re all set to go up.

Marriage isn’t as sacred as you want to think it is and the promise of hell for other people seems desirable if you hate them, which leaves us with… it’s unnatural?

Do you know what I think is unnatural? Wearing clothes. Animals don’t wear clothes. Why don’t we legislate a law against wearing clothes? Especially hideous ones like leopard prints. And glittery shoes. Why do people wear these things? Sometimes together. It’s just unnatural. Let’s ban it.

Oh, what’s that? I’m using my own subjective opinion of what is fashionable? You mean to say that I can continue to disapprove of them without depriving them the pleasure of being dressed horribly? And what’s that? They think my outfits are just as bad? Wait, wait, wait. Do you mean to tell me that we can coexist being poorly dressed and disapproving of each other without having to ban anything?

Alright, alright. I have to be honest. The reason why I’m this close-minded is because I like humans. Not women, not men: humans. Have I kissed a girl and liked it? Indeed I have. She was a very beautiful, very intelligent but also very silly adult female and we never had sex but I loved her for seven years and we didn’t hurt anyone but each other.

I know it’s hard to look at something you find unsightly. I really, really find leopard print and glittery shoes ugly but here’s a trick that addresses the problem: turn away. No one is asking me to approve, no one is asking me to change my opinion about it, but I’m very aware that I don’t have the right to tell them that they should stop wearing that abominable print simply because I find it weird. I don’t think anyone has the right to tell anyone that they are not allowed to love someone simply because they happen to be of the same sex.

On the top of my head, here are 3 pairings that need more negative attention than same-sex couples:

There’s just so much suffering in the world. I just don’t see the point of depriving anyone of some modest amount of joy, no matter how temporary it may be or even if I get nothing out of it. I don’t plan on ever getting married so this really doesn’t concern me. I’m pretty sure it doesn’t concern straight people either so I don’t see why they have so much say in it. Pardon my ignorance.