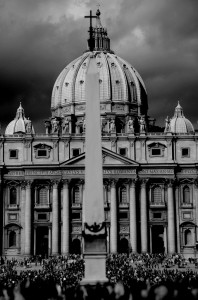 This closure is especially interesting given the recent statements the Irish prime minister has made, in which he denounces the way the Vatican has been covering up the child molestation by Irish Roman Catholic priests, as well as other long standing grievances imposed on Ireland by clerical classes, such as the Magdalene laundries.

In light of all these abuses against the Irish people, it is incredible that the Vatican has the balls to say that they view their diplomatic role with Ireland as ‘promoting human values’. As Ophelia Benson wrote in a post about the closure of the embassy: