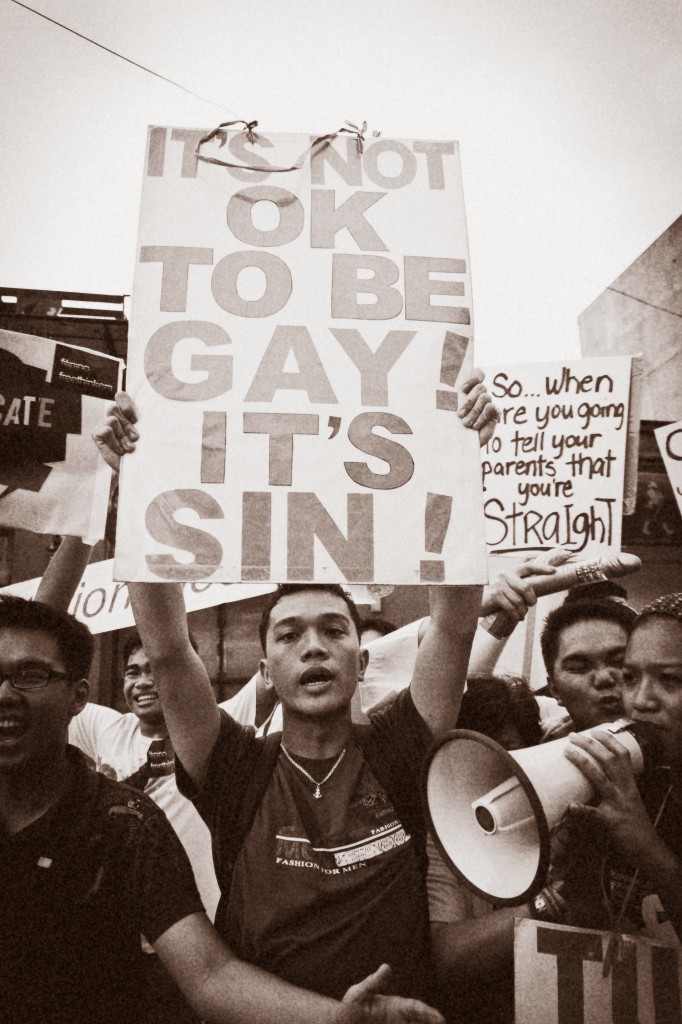 It is apparently controversial to say that science will be able to tell us what is important in life. Science, as paleontologist Stephen Jay Gould said, tells us how the heavens go, while religion tells us how to go to heaven. And for the most consequential things, it seems that science must yield to faith when considering what it means to have a good life.

But there is something gravely wrong with this kind of thinking. What it says is that reason cannot be used to distinguish right from wrong, happiness from suffering. But, even if reason, evidence, and methodical thought fail to illuminate our understanding of what constitutes a life worth living, what are our alternatives?

The mere suggestion that science can determine how we ought to behave understandably irks religious conservatives. For the faithful, this is an act of war against religion, which has always claimed for itself the realm of ethics and human values. That this assumption of moral authority still holds sway, when religions have failed in accurately representing practically anything in the world, is baffling. If religious traditions have been completely wrong about what goes on in the universe, why would they suddenly be unquestionably correct about what goes on in the mind?

A morality that is not based on authoritarian precepts is merely the acceptance that the world is not black and white and actions can have unforeseen consequences. And a science of morality would have to agree with what religious demagogues have been saying all along: there are moral truths to be found and there are objectively wrong ways to act. It seems especially strange then that, while they decry moral relativism, conservatives try to explain away the disgusting depravities in the Bible by calling for them to be placed in “context.” This precisely argues for a relativist morality—justifying mass murders (by Yahweh himself), rapes, and social outlooks by the culture at the time.

Saying that there are objectively good acts means only that there is a difference between an action that can bring about happiness and another that results in suffering. We can be right or wrong on whether homophobia is conducive to well-being. We can be right or wrong on whether misogyny is a good principle on which we should run our society. Our beliefs regarding these matters are, essentially, claims about conscious experience—how the brain responds to stimuli and how well-being is realized in the brain. And in this realm of facts, as in all others, there is no reason to put religious claims on a pedestal.

As we study more about the brain, our opinions on ethics will become increasingly constrained by psychological research and neuroscience. Findings such as those on the effect of corporal punishment on children and on the structural differences between the brains of normal and psychopathic human beings will change how we relate to each other and how we organize our societies. Our traditional views on parental roles and on how responsible people are for their actions may be altered as we continue to investigate how the evolved mind interacts with its surroundings. We might find that our justice system is not conducive to a peaceful society. We might find that our economic system inevitably leads to abuse and suffering. We might find possibilities for moral awareness that were never available to our pre-scientific ancestors or contemporary religious leaders.

There is public trust in science for many things that we’d never look to religion for answers, such as in believing in corrective glasses over faith healing. But, why is it that when the stakes are highest, when we are considering lives and the happiness of conscious human beings, science, reason, and logic take a back seat? The question on what makes a life worth living is, to say the least, hard to solve, but there are answers: based on facts and not on the musings of men who thought that all animals used to be herbivores.

Not only is science considered impotent when contemplating the deeper questions in life, it is generally believed that rationality ruins romance.

Consider the classic challenge against atheists. When questioning the existence of God, atheists are invariably asked to compare God with love. That is, love is said to be intangible and it admits of no rational inquiry, but we know it’s there. We can just feel it. While the analogy is false (love is realized in the brain as the sum total of specific neural activity and, thus, exists in the natural world), it reveals a common perception that scientific scrutiny is incompatible with an awareness for wonder in this world.

But that is clearly not true. The chemical process that results in feelings of love is itself a thing to behold and appreciate. That there is something material underlying our affection for others or art takes nothing away from our experience. And here we can expand our moral circle beyond even just humans.

Since our capacity for love and moral action evolved (not to say that morality should reflect the cruelty of Darwinian natural selection), it necessarily implies that other animals have similar, if not identical, capacities for compassion and cooperation. And here is where Christianity, in particular, is extremely impoverished. That humans (and specific kinds of men) are set apart by God is nothing short of speciesism and bigotry. Though there are cognitive differences between humans and other animals, that is what differentiates our moral responsibility to each other and not the entitlement assumed to be bestowed by a creator.

A non-supernatural outlook emphasizes the importance of our relationships in the here and now. We should thank doctors for healing us; we should thank farmers for providing for us food; we should thank our friends and families for comfort and companionship. These are the people who should matter to us, and attributing our happiness to something that isn’t there steals away from what other people rightly deserve.

Many believe that one day the world will end and that this would be the greatest thing that could ever possibly happen. Every action we do here in life is meaningless outside the goal of eternal paradise. This nihilism is why we must rid ourselves of religion wholesale. How could we ever endeavor to build a lasting society when our neighbors secretly yearn for doom and destruction, leaving all us suckers who never bought into religion to burn in perpetual torment. These are beliefs that are not conducive to mental health, let alone peace and human flourishing.

Science allows us to comprehend the world around us in a way our ancestors never could. Still, many choose to bind themselves to the follies of the past, relying not on evidence but on the servile desire to let other men think for themselves. It is a shame, when available to us now are methods and insights that will allow us to not only have greater knowledge, but a deeper and more meaningful understanding of what it means to be alive and how we must act.

The acceptance that all that there is is this natural world requires from us the understanding that there is no delaying justice to an afterlife. There is no point in deferring mercy and charity to a final judgement. If we yearn for anything that would resemble heaven, our only choice is to create it here.