Of Course I Don’t Want To Get Married! 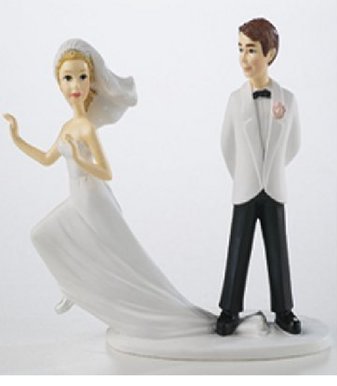 Two stories. A well-meaning friend of mine hurt me badly this year when she said, after I shared that my marriage was over and I was getting an annulment – “Leons, you know it still means you can’t ever get married”. First thought that popped to mind was – “What?! You’re going to consign me to a life of solitary confinement, of being alone till the end of my days, coz I made one lousy mistake?!”.

Fast forward to another close friend telling me last week: “What’s the point of getting an annulment if I’m not getting married again?!”

I could speak volumes about this topic. And believe me I will. Or rather what could fit in one Facebook note.

I’m not getting an annulment because I want to get married again. I’m getting an annulment because I want a legal document stating my marriage is over. I want my name back. I want the assurance that no man has ever the right to dictate the way I live my life. I want to be free from his clutches. I want not to have to submit myself to anyone ever again. I’m doing this for myself and not for anyone else.

So of course I don’t want to get married. Why should I, when the only marriage I’ve known is one where I knew so much misery and pain for eight long years. For this is what I’ve known marriage to be:

A regimented life. It’s about being at home at a set time so one can fit into the image of a perfect wife. Women in this century have it far worse: they’re also expected to put food on the table (work during the day) and be Suzy homemaker when they get home. It’s doing the laundry, and the housework, taking care of the kids, dealing with dirty diapers and midnight feedings.

Being used. You can’t let me talk about marriage and not talk about sex. After all, marriage is the only arena where it is socially acceptable to have sex. It’s a bit hypocritical to tell women they have to say no to men when sexual overtures are made when they’re single, and then say, you can’t tell your husband “No” when you’re married (as a best-selling Christian book on marriage advised). Most nights it was just easier to say yes than to have to endure a grumpy husband for days on end.

Subjugating one’s needs for the other. Marriage is about putting your needs on the shelf, and relegating yourself to a far priority. It’s keeping your dreams on a leash so you won’t have your husband think he’s being overshadowed by you. It’s living Sandra’s life in Barry’s popular song: “I wanted to be like my mother But if I hadn’t done it as soon as I did Oh there might have been time to be me For myself, for myself There’s so many things that she wishes She don’t even know what she’s missin’ And that’s how she knows that she missed.”

So yes, that’s why I’m running scared. And I think I have every right to be.

Perhaps someday I’ll know marriage could be more than this — that it’s about sharing a life, bearing financial burdens together, having someone to be there when you panic when your daughter breaks her arm, or your autistic son falls down, hits his head and is rushed to the hospital. It’s making dreams come true, and growing old and having someone hold your hand. But that’s still a concept of marriage I’m altogether unfamiliar with.