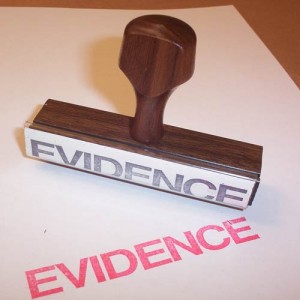 In Part 1, we have learned how the theme of The Greatest Experiment Ever Performed on Women, Exploding the Estrogen Myth1, as well as Barbara Seaman’s political position, cannot be deemed as supportive of Sotto’s claim. Here, we will examine how exactly Sotto used the book to support his claims, and see whether he is right in doing so.

Sotto said that “The Greatest Experiment… stated that those who take pills but still got pregnant have more abnormal children and lower I.Q.” In order for us to believe him, we should verify whether or not this was really stated in Seaman’s book; and if yes, determine whether Sotto used it in the right context.

It wasn’t easy to find this supposed statement because Sotto, or whoever wrote his speech, didn’t offer the exact quotation. It was a summary of some sorts. (Perhaps next time, speech writers should learn how to footnote references: it’s good practice, it’s part of their job, and it wouldn’t take so much of their time.)

In order for us to verify the truthfulness behind Sotto’s words, we have to dissect his statement into three parts, and see whether we can find textual support from The Greatest Experiment.

A. There are women who got pregnant even though they take contraceptive pills;

B. These women have more abnormal children; and

C. These women have children of lower IQ.

I cannot find anything in Seaman’s book that supports this assertion. As I’m using the ePub version of the book, it is easy to find references to “pregnant women”. According to my search, these are the instances The Greatest Experiment used the word “pregnant” in relation to hormone products (NB: For obvious reasons, I’ve removed references to pregnant non-human animals such as mice and rabbits):

“It is estimated that in the years from 1941 to 1971, over four million pregnant women in the United States were treated with nonsteroidal synthetic estrogen on the contention that it would prevent miscarriages and ensure their babies’ health.”

“But there was this Texas fellow, Karl John Karnaky, a wealthy man who ran his own clinic, with no trustees or review board to question his methods of injecting stilbestrol directly into the wombs of pregnant women to prevent miscarriages.”

“We were swamped with questions and comments on Enovid, the first oral contraceptive. Some viewers were disappointed that it ruined their sex lives, making them feel toujours pregnant.”

“Much less recognized in the 1960s, but nonetheless a part of our lives and of the Greatest Experiment, was Charlie Dodds’s misbegotten diethylstilbestrol, which held a larger share of the market than any other hormone. It was still prescribed for pregnant women, although the Karnaky/Smith claims that it would prevent miscarriage were never proved.”

“If you miss two periods, see your doctor even though you have been taking the pill as directed. When you stop taking the pill, your periods may be irregular for some time. During this time, you may have trouble becoming pregnant.”

In Appendix: Over the Menopausal Rainbow:

“DES (diethylstilbestrol) is a synthetic estrogen drug that was given to millions of pregnant women primarily from 1938-1971.”

“Cancer: All DES daughters (women whose mothers took DES while pregnant with them) have a risk of about 1 in 1,000 for a rare cancer of the vagina or cervix called clear cell adenocarcinoma.”

“In 1936 and 1937, Dr. White treated pregnant diabetics experimentally with Butenandt’s products prolutun and progynon , but no sooner did Doods publish his formula than she switched to stilbestrol.”

The Chapter 8 of the book actually has a passage very fatal to Sotto’s contention that Seaman’s book state that “there are women who got pregnant even though they take contraceptive pills.” In this chapter Seaman quoted Dr. Elizabeth Siegel Watkins’ On the Pill: A Social History of Oral Contraceptives (1998), a book that Seaman called “authoritative.” It was a long quote that ended in this sentence: “The pill offered easy, reliable effective protection against pregnancy, which empowered women to plan when to have children and how many to have.”  Is Sotto, or his staff, aware of this? Not, if they haven’t actually read the entire book.

There is no reference to this in Seaman’s book. However, in Note 203 of the book, there is a reference to a study entitled “Limb Malformation and Abnormal Sex Hormone Concentration in Frogs.” Is Sotto referring to this one?

Perhaps Sotto is referring to this passage in Chapter 2 of the book:

“The Shimkin-Grady paper was far from the only warning about DES. Dr. Charles Geschicter of Johns Hopkins reported in Radiology magazine that he produced mammary cancer in Wistar rats by injecting them with DES and other estrogens. Probably more shocking was the much later discovery by Dr. Karnaky of Houston and Drs. George and Olive Smith of Harvard and others who followed their lead of the abnormalities in the reproductive organs of children of mother given DES in pregnancy.” (emphasis mine)

However, this doesn’t support Sotto’s claim at all. First, nothing in this passage refer to women taking contraceptive pills. The passage clearly refers to pregnant women who were given DES, which, according to Note 39 of the book, is a synthetic estrogen drug used from 1938-1971 to prevent miscarriages. Second, DES is not a contraceptive pill. And third, the abnormalities of the reproductive organs of the children were linked not to the contraceptive pills taken by women before they got pregnant BUT to the DES pill women took when they were pregnant.  How is this related to the RH Bill can only be explained by the bizarre workings of the mind of Sotto and his staff.

It is also worth noting that women who are pregnant should never take any drugs that have hormones in them. Even the product information of Diane, the contraceptive pill that, according to Sotto, Helen Gamboa used, clearly says this: “This medication should not be taken by pregnant women as it can cause harm to the developing baby. If you become or suspect that you may be pregnant while taking this medication, contact your doctor immediately. After stopping treatment, you should wait until at least one normal menstrual cycle has occurred before trying to get pregnant.” If Gamboa was really taking Diane during that time, perhaps the reason their first born son died of heart complications was that she kept on ingesting Diane even though she was pregnant.

IQ is only mentioned twice in Seaman’s book. These two instances can be found in two related paragraphs in Chapter 2:

“In the mid-1950’s, numerous Auschwitz survivors told Dr. Jean Jofen, a psychologist at City University in New York, that they were fed daily doses of liquid estrogen in their rutabaga soup. The women stopped menstruating and the men lost their sex drive, just as the Nazis expected. But these refugees were not left permanently sterile. Indeed, Dr. Jojen, herself born in Vienna, had occasion to question these Auschwitz survivors because she was testing the IQs of their five-year-old children at a Hebrew parochial school.” (emphasis mine)

“When I interviewed Dr. Jofen in 1976, she recalled that ‘the synthetic estrogens were similar to those found in the current pill. They just poured it in the soup. There was no dosage.’ She later said the contraceptive pill was called salitrum. There were long-term repercussions to this fortified soup. In a paper presented at the fifth World Congress of Jewish Studies in Jerusalem, Jofen reported that after testing hundreds of children of holocaust survivors, the Auschwitz contingent had the lowest IQ range. Jofen wondered if the hormone experiments did some permanent harm to the ova of these mothers. The comparison group, mothers who’d been interned at other concentration camps, also endured dreadful conditions, but they received no estrogen and their children’s IQs were higher.” (emphasis mine)

Hurray! We now have passages that might actually support Sotto’s claims! But not so fast. These two passages need to be analyzed.

First, this passage is referring to “liquid estrogen,” called salitrum, fed by the Nazi’s to the Jewish men and women interned in Auschwitz. Although Dr. Jofen said that this is similar to the contraceptive pill used in the 70’s, this cannot support current circumstances. In order for Sotto to be able to use this passage to support his claim, he needs to prove that the current contraceptive pills are similar to salitrum. And second, this passage only refers to children born of mothers who were fed liquid estrogen in Auschwitz, the findings of Dr. Jofen cannot be used outside this context.

In order for Sotto to effectively use these passages as a valid support for his claim he needs to:

1) provide robust arguments that the conditions in Auschwitz are similar to the Philippines;

2) the RH Bill is going to feed women liquid estrogen; and

3) the contraceptive pills that the government will be distributing for free is similar to salitrum.

Unfortunately, he has not demonstrated this in his speech, so we have no reason to be persuaded by him, unless of course we don’t care about the truthtfulness of Sotto’s claim.

In sum, assuming that Sotto and I are referring to the same book, Barbara Seaman’s The Greatest Experiment Ever Performed on Women, Exploding the Estrogen Myth does not in anyway support Senator Tito Sotto’s claims. More importantly, after learning who Barbara Seaman is, there is no reason to believe that Seaman herself will support Sotto’s position on the RH Bill. Seaman must be rolling in her grave right now.

Lastly, we have to ask whether Sotto and whoever is responsible for his speech have actually read Barbara Seaman’s book. Did they really research? If they have read it, they have either “accidentally” misinterpreted the book or deliberately twisted Seaman’s arguments in order to support Sotto’s position regarding the RH Bill. If they haven’t read it, why on earth are  they using it as their evidence? That is a very irresponsible and deceptive act.

Ordinary students are routinely punished for dishonesty, deception, and intellectual laziness, why would a senator get away with it?

1 In this article, I’m using the ePub version of Barbara Seaman’s The Greatest Experiment Ever Performed on Women, Exploding the Estrogen Myth being sold at Kobo books.