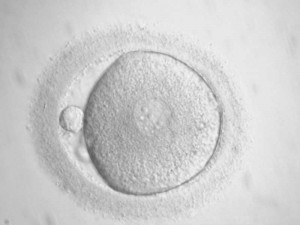 Is conception equivalent to fertilization? Catholic bishops think so. Their argument goes on to say that some contraceptives like pills and IUDs block the implantation of a fertilized ovum, which they insist makes these methods contrary to the law and the Constitution.

If the bishops are correct, in-vitro fertilization (IVF) will be synonymous to in-vitro conception. In IVF, eggs are harvested from a woman and manually fertilized by her partner’s sperm in a Petri dish. If conception has already occurred by then, who is conceiving? Surely it cannot be the Petri dish.

Herein lies the key difference. Fertilization only needs a sperm and an egg to complete. Conception requires a woman who will conceive. Conception comes from conceive, which in turn comes from the Latin concipere—”to take in and hold; become pregnant”. The bottom line: a fertilized egg needs to successfully implant in a woman before conception—meaning pregnancy—begins.

The FIGO (International Federation of Obstetrics and Gynecology) Ethics Guidelines clarified this in 1988 when it defined pregnancy as follows:

Natural human reproduction is a process which involves the production of male and female gametes and their union at fertilisation. Pregnancy is that part of the process that commences with the implantation of the conceptus in a woman, and ends with either the birth of an infant or an abortion.

The Constitutional Commission’s use of the imprecise word “conception” reflects the intense debates that occurred on this issue. Lawyers who have studied transcripts of the debates point out that the terminology started from “fertilized ovum”, then “moment of conception” and finally just “conception”. The proposed phrases—all not accepted—evolved as follows:

The final provision, now part of the State Policies of the 1987 Constitution, says that the State “shall equally protect the life of the mother and the life of the unborn from conception.” If there was consensus that conception means fertilization, then any one of the first two phrasing should have made it. Both failed. Catholic bishops are reviving a battle they lost 23 years ago.

In a democracy, constitutions must be approved by the majority, so we need to understand what people knew when they voted in 1987. When the Constitution was brought to the people for ratification, women were already using pills and IUDs. Were they ever informed that the unborn clause will be used to ban these contraceptives? I don’t think so. Using the unborn clause to ban contraceptives now or block the RH bill reeks of deception and bad faith.

The term “conception” probably means many things to ordinary Filipinos. Translation will often give us a clue. For example, many writers have translated “Immaculate Conception” as “Malinis na Paglilihi“, so to them conception is paglilihi, a Filipino word that describes behavior during the first trimester of pregnancy. Paglilihi is certainly not fertilization. It happens even much later than implantation.

The fertilized ovum deserves respect, even awe and wonder. All of us breathing, thinking, living humans with our intricate organ systems came from this single living cell. But the reverse proposition—that all or most fertilized ova will naturally grow into living human beings—is simply not true. Medical researchers estimate that more than half of all fertilized ova do not implant, and a sizeable proportion that do implant are aborted spontaneously. Genetic defects incompatible with human life are thought to account for most of these losses.

A fertilized ovum is a single cell on a long and difficult path of developing, and thereby proving, its humanness. To equate the tenuous life of this single cell with the full life of a woman diminishes her, and diminishes all of us.