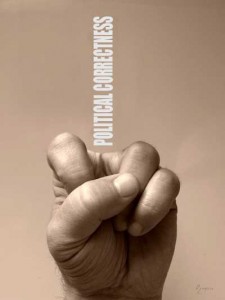 Last October, Fox News TV political commentator Bill O’Reilly appeared on the show “The View” and stated that America was attacked by Muslims on 9/11. This caused two liberals of the show (Whoopi Goldberg and Joy Behar) to walk out of the discussion in protest.

News analyst Juan Williams was also fired from the left-leaning National Public Radio (NPR) after he relayed his personal feeling during a discussion at the O’Reilly Factor show of being worried before boarding an airplane whenever he sees folks in “Muslim garb” which is indicative of these folks identifying themselves as Muslims first rather than as Americans.

Left-leaning folks were furious about such statements because they claim that people like O’Reilly and Williams are accusing all Muslims to be terrorists when in fact terrorism acts were committed only by a few extremists.

The objection is about the political incorrectness of painting all Muslims with a broad brush and they feel that terrorists ought to be labeled with the “extremists” tag to be fair. So now if we want to discuss about whether America has a “Muslim” problem or not, is it imperative that we watch out for political correctness by saying that America has a “Muslim extremist” problem, instead?

Yes, I get it! Not all Muslims are terrorists and it would be prim and proper to be politically correct so as not to offend generally peace loving people of religion such as Muslims. However, although there may indeed be idiotic bigots out there who believe that all Muslims are out to kill all Westerners, I personally do not know of anyone who espouses that thinking.

I personally do not know of anyone who truly intends to offend all Muslims or even the religion of Islam itself. So whenever I hear a discussion by regular day-to-day folks about the terrorists who attacked America on September 11, 2001, if I hear the terrorists being tagged as “Muslims”, because of my personal experience of only encountering people who don’t really intend to paint all Muslims with a broad brush, I tend to assume that the folks I hear are not really referring to all Muslims but only those who are out to kill whom they consider as infidels.

So in a way I’m kind of getting sick of this political correctness thing because it is one extra step to worry about in a discussion where more important points about the issue need to be discussed other than the already obvious fact that not all Muslims are terrorists. Bill O’Reilly gave an example stating that no uproar is heard whenever it is pointed that the Japanese attacked the United States at Pearl Harbor.

Come to think of it, yes there seems to be no demand, for political correctness sake, of tagging the attackers as “Japanese Extremists”. So why is it necessary to treat the case for the 9/11 attack (and other jihad-related attacks) differently just because religion is involved? Why must religion be accorded special treatment?

The thing is, although I realize the virtues of political correctness, I do not think this is always necessary or even always applicable when discussing about certain societal segments as Muslims. When O’Reilly said that America (or was it the World?) has a “Muslim Problem” I do not view this as a bigoted statement or a statement that needs to be politically corrected as “Muslim Extremist Problem”. O’Reilly’s statement, although it doesn’t sound too warm and fuzzy, I believe has validity!

Sure, not all Muslims are terrorists but the fact that the majority of Muslims who are peace-loving are not doing anything or not doing enough to stop the extremists in their fold, makes this their problem too!

Dr. Susan Berry makes a very good case in her article in bigpeace.com. She notes:

“Let’s take the tragic issue of child abuse. Unfortunately, I have encountered a number of families in which child abuse has continued for years without any report from a family member until the child becomes involved in school and activities outside the family, when someone in those venues notices something is wrong. The heinous behavior of the perpetrator aside, I am still always taken aback when I interview family members of the abused child who say they knew of the abuse, but did not report it to anyone because they were afraid of some repercussions; they thought, perhaps, the child’s frequently obstinate behavior deserved this treatment (rationalization); they couldn’t deal with it because of other issues in their life, so they ignored it (denial); they understood how difficult the perpetrator’s life has been, so figured they had to be understanding of it (overcompensation).

Clearly, the other family members did not take their hands to the child, but don’t they share responsibility for passively allowing the abuse to continue?

Similarly, do the family and colleagues of a drug addicted medical professional have a responsibility to confront this individual, to avoid unsuspecting patients from being harmed by his or her behavior? Clearly, the family and colleagues are not directly harming patients themselves, but don’t they share responsibility for passively permitting potential danger by not speaking up?

And, culturally, when Americans view other Americans terrorizing others, committing crimes, or threatening a way of life- do they have a responsibility to confront these others? Clearly, not all Americans are engaged in this behavior, but aren’t they responsible to speak out against it in order to stop it?

Honesty with ourselves, our families and friends, our colleagues, our fellow citizens, and our political leaders is hard. It involves confronting fear. But, those who are slaves to the denial, rationalization, and overcompensation of political correctness are not solving the problem. Instead, they are contributing to its strength and power.”

I really think that there are more important and fundamental things to give priority to, other than mere appeasement, as achieved in being politically correct with “special” groups such as religionists (e.g. Muslims).