When the Swami Speaks 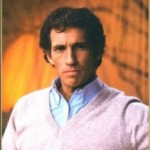 When I was young I always watched this cartoon about Dick Dastardly and his dog Muttley. I think the title was “Stop that Pigeon”. In one of its episodes, Dick hired a guru named “Swami” to help them capture the pigeon. What really happened was a disaster. Speaking of swamis and gurus, these guys always try their best to project themselves as wise men especially in the issues of spiritualism, a spiritual leader that can be asked for different spiritual questions. Well…that was what I thought.

Enter Mr. Siddhaswarupananda Paramahamsa (whew! That was a long name…) also known as Jagat Guru or Mr. Cris Buttler. Like other known guru, Mr. Guru is a master of cocktail drinks, eagerly combining Christian and Hindu mythology to create a new exhilarating swig of a new cult, mixing Jesus and Krishna to create another intoxicant eagerly consumed by a drunken believer. Well personally I really don’t give a damn about this cult leader…until I have read one of his literature.

In a booklet sold in local bookstore entitled Dead Friend, YOU ARE NOT GOD (Copyright by SCIENCE OF IDENTITY INSTITUTE), Mr. Guru tackled the impersonalist philosophy. They are those people who think that we are god or a part of this god or that god forgot he is god or whatever – I really don’t care too much of this impersonalist’s claims. What strikes me the most in this booklet is that Mr. Guru started to include atheism in his subject. He and his cohorts accused atheism as impersonalism in disguise.

Now here’s what I feel. I think yoga, chants and idleness disguised as meditation were already overused by other cult authors so Mr. Guru started to think of another tactic to sell his cocktail cult and that is by talking about topics that are too alien to him. That’s why he started to use atheism as an issue to sell his guru booklets.

Let us look at his claims – According to Mr. Guru, “…The impersonalist philosophy leads to atheism and materialism.” Now how on Earth can a person who thinks he is god become an atheist? An atheist is a person that doesn’t believe in a god –PERIOD! If a person doesn’t believe in a god that doesn’t mean he imagines himself as a god. If a person thinks he is god then technically god exists – which is he, and therefore he is now a theist.

In Jagat Guru’s explanation ( page 28) he said that “to equate the living entity with God is to deny the existence of God. For there to be a master, there must be a servant. If you equate the servant to the master, the master is no longer a master. To equate the soul with the Supreme Soul is to say there is no Supreme Soul.” But the explanation doesn’t justify the reason why impersonalism becomes atheism. In the first place, if the person thinks he is the Supreme Soul, the concept of Supreme Soul does not cease to exist; it just changes. An impersonalist merely changed the property of the Supreme Soul. An atheist doesn’t believe in the existence of the so-called supreme soul. That is very elementary, Mr. Guru. Haven’t you thought about that?

Guru continues: “…atheism denies the glories of the Supreme Lord (Page 28).” Again how can we deny something that doesn’t exist? If we use the word “deny” that means this so-called supreme lord has always existed. The problem is that Mr Guru cannot even tell me what lord he is talking about: Jesus is Lord, Krishna is Lord, gambling lord, drug lord, Lord Darth Vader, Lord of the Rings? What? Before you claim that someone is being denied, you have to establish its existence first.

Mr. Guru thinks that atheism will lead to materialism and talk about “super materialism.” Now what the hell is this “super materialism”? Another of Mr. Guru’s concoctions I suppose. We see how Mr. Guru tries to talk about things he really doesn’t understand. Well, if his booklet is aimed for those uninformed nincompoops out there then I will close my case. But when you try selling your garbage in bookstores then there’s a chance it can be found by the learned few.

A materialist can be an atheist but not all atheists are materialists. A materialist (or physicalist) is a person that believes matter is the only source of reality; that fundamentally, all things are composed of material and all phenomena are the result of material interactions. But the concept of reality is still debatable even with fellow atheists. I have seen and talked to other atheists who have strong tendencies towards rationalism. So there are some atheists out there who are rationalists, and rationalism is the exact opposite of what materialism stands for. Materialism is not about being selfish. It has nothing to do about believing that you are god. A materialist doesn’t believe he is in the center of the universe or that he created everyone. No, that is not materialism. He just doesn’t believe in the existence of the “meta-physical”. Materialism and atheism will not cause the destruction of our civilized society as what Mr. Jagat Guru claims (page 34). That is a very long shot. Just look at traditional Buddhism. Is this Jagat Guru’s tactics, to scare the wits of his readers using their ignorance in order for them to believe his so-called “truths”? Sa totoo lang, some organized religions have cause a lot of destruction and death to the civilized world. Well terrorism and ethnic violence are religion-fueled hatred.

So here’s the fact. Cult gurus are like a snake-oil salesmen. They feed you half-truths and prearranged lies to sell their spurious merchandise. So what do they deserve? Well as Dick Dastardly said, they are just phony little swamis with lumps all over their little bodies.