Our next freethinker is Marisse Galera. Marisse has been a skeptic since she was nine. She is currently taking up AB Psychology and AB Development Studies in Ateneo de Manila University. She’s also a bipolar and an ambivert. 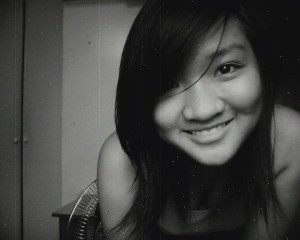 I believe that freethinking has more to do with how a person has arrived to his belief or lack thereof. It is the capacity to employ genuine critical thinking and introspection. I think some people only label themselves as atheists or non-believers simply because they think it’s cool and they’ll automatically gain the “freethinker” label. Some even go as far as labeling anything religion-related as bad; as though the epitome of stupidity is having a religion. Not for me, though. I think a freethinker is someone who is ready to be proven wrong by the empirically provable evidence which may be available. The word “free” indicates that we are not chained by any single definite school of thought or belief.

I am an agnostic deist. While I believe that there may be some form of a higher being that exists in the universe, I believe that such a higher being need not be as powerful as some religions claim. I think that such a being should still be bound by the limitations and laws of science and nature. I am agnostic because I think that religious and metaphysical claims are unknowable.

Well, my mom found out at roughly the same time that I was bipolar and a non-believer/freethinker. She told me that the reason I was bipolar and that I experienced depressive episodes was that I did not believe in God or did not have Christ in my life.

I’ve never been out of a Catholic school. Ever. I guess the only breath of fresh air I ever experienced was going to Ateneo (which, albeit Catholic, is highly liberal) and belonging to a freethinking community. Having to go to a dogmatic Catholic school meant that my “controversial” and “heretical” ideas were usually shot down with verses from the bible, or claims to seniority, instead of empirical data and logical argumentation.

FF is a kind of community where I can openly express thoughts without fear of being judged. Likewise, other people’s openness in expressing their ideas gives me other ideas to complement my own, enriching my mind.

5) Why did you choose to double major in Psychology and Development Studies? What are your goals for after graduation?

Truthfully speaking, my heart is with DS more than it is with Psych, I just believe that DS in itself is incomplete because, while it studies the collective, it does not study the welfare and impact of the individual nor does it tap into collective consciousness in a psychological sense.

After graduation, I would like to work for a year with an NGO or company that works with communities, and try to employ a psychological facet in community impact assessment for projects. I’d like to do research. After that, I would try to look for a scholarship in Europe and take Masters in Development Studies or Social Psychology.

6) What is it like being a freethinker in a theology class that you’re required to take? Do you question your theology profs when they become dogmatic?

For one, I’ve only had one Theology class in Ateneo so far, and, honestly speaking, it is one of the most liberating experiences I have ever had. No kidding. It is far from dogmatic. In fact, it is one of the classes where I had been forced to think most critically and evaluate Christianity as I knew it–as my old Catholic school taught it to me. My Introduction to Catholic Theology class made me see the beauty of Christianity and even, at times, made me consider going back to Catholicism. As for questioning my professors, in general, I think the thing with Ateneo is that professors welcome questions–especially ones that required critical thought.