Our next freethinker is Bhavan Karnani. Bhavan is an Indian-Filipino with an adventurous streak. 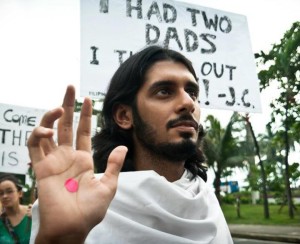 1) How would you define a freethinker;

A freethinker is someone who uses logic and reason to dictate his or her beliefs. Tradition, authority and personal biases are left out of the equation. It may be impossible to be perfectly unbiased but at the very least, there should be an attempt to eliminate it.

I’m an atheist. I stopped believing in god and Hindu mythology late in high school or maybe early college, I don’t remember exactly when. I continued to believe that Hindu philosophy was probably correct although I never really decided which specific branch of Hindu philosophy I believed in. (It is possible to be an atheist Hindu because there are Hindu philosophies that reject the idea of a creator god). Eventually I realized I was being a hypocrite by rejecting the idea of god due to lack of evidence but refusing to reject concepts like karma, reincarnation and the idea that consciousness is the only absolute reality. These concepts are common to most, if not all branches of Hindu philosophy and I didn’t have evidence for them either so I dropped these beliefs as well.

3) What was the funniest or most interesting reaction you got from a person after you told him or her that you were a freethinker; and

I usually tell people I’m an atheist if they ask about it. I don’t remember getting any interesting responses. Oh wait, once someone asked “what if god is real and you’re going to hell?” Never mind, on second thought, it wasn’t that interesting.

I have learned a lot from discussions with other FF members and I’ve met a lot of awesome people from all walks of life at the meetups, many of whom are now great friends.

5) What was it like as a kid, growing up Hindu in a predominantly Catholic country?

It was alright although I did get teased a lot about the fact that I didn’t eat beef. That was annoying. Some people would try to preach to me and others made negative comments about Hinduism more out of an attempt to insult than to provide a genuine criticism of the religion. That wasn’t very nice of them. Those people were few though, most people didn’t care much that I was a Hindu.

6) You like cosplaying as Jesus Christ. What’s the most interesting experience you’ve had doing this?

I don’t have to cosplay actually, I just walk around with my hair down and people randomly comment things like “uy, si Jesus!” Once, I entered a store and the clerk went “nagulat ako pagpasok mo, sabi ko ‘si lord, dumating!'” (I was shocked when you walked in, I thought ‘the lord has come!’). A barber once jokingly protested my decision to cut my hair saying, “sayang, malapit na ang mahal na araw pwede kang ipako sa krus”. I’ve also had a few people tell me they dont believe in me, to which I always reply, that’s ok, I don’t believe in myself either.

7) Why don’t you eat mammals? Does it have to do with your growing up Hindu?

I was vegetarian for a year when I was a kid for ethical/religious reasons until my parents convinced me to start eating seafood and eventually chicken again. They thought it would help me gain weight, also it was hard to find vegetarian food in restaurants. It’s weird, because now my mom is a vegetarian. I do think that eating mammals is generally worse than eating fish as mammals have more highly developed nervous systems and consequently are more self aware, have greater emotional capacity and experience more suffering. Birds have highly developed nervous systems as well so I should probably stop eating chicken again at some point.