Our next freethinker is Sass Rogando Sasot. Currently based in the Hague, Netherlands, Sass is one of the founders of the Society of Transsexual Women of the Philippines (STRAP), the pioneer transgender rights and advocacy organization in the Philippines; a student at the international honours college of Leiden University, finishing a Combined Honours Degree in World Politics and Global Justice minor in International Development; and one of the recipients of the 2013 ECHO Awards, given annually to excellent migrant students in academic and higher professional education in the Netherlands. 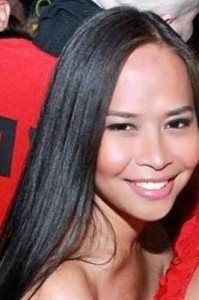 A freethinker is someone who takes freedom and thinking seriously. By seriously, I mean three things. First, being aware of not only the possibilities but, more importantly, the limitation of our own freedom and thinking, i.e a profound level of self-reflexivity.  Second, basing belief and action on that awareness, i.e using our freedom and thinking in a responsible and accountable manner. And third, understanding that thinking is a process, it is a conversation that never stops. This implies having the humility to accept that what you have thought is not something you generate yourself alone. Thought is a product of an endless conversation that preceded you, and it will continue to persist even when you’re gone. Kenneth Burke put this point more beautifully:

“Imagine that you enter parlor. You come late. When you arrive, others have long preceded you, and they are engaged in a heated discussion, a discussion too heated for them to pause and tell you exactly  what it is about. In fact, the discussion has begun long before any of them got there, so that no one present is qualified to retrace for you all the steps that had gone on before. You listen for a while, until you decide that you have caught the tenor of the argument; then you put in your oar. Someone answers; you answer him; another comes to your defense; another aligns himself against you, to either the embarassment or gratification of your opponent, depending on the quality of your ally’s assistance. The hour grows late, you must depart. And you do depart, with the discussion still vigorously in progress.”

My religious belief is informed by the idea that there is a force greater than ourselves, but that doesn’t mean believing in a God. It means coming to terms with our own insignificance, i.e. the overcoming of the self. And if there’s any book that can sum up my religious beliefs, it’s Nietzsche’s Thus Spake Zarathustra.

I didn’t “come out” as a freethinker to anyone. If there is one, I would probably find it a very, very strange thing to do. For me, one starts being a freethinker by adapting one of the greatest thinking tools: critical thinking. Critical thinking is a very laborious thing to do. The most interesting reaction I got is the same reaction we get from those who don’t challenge their own thinking (i.e. not used to self-reflexivity): They shut us off with “This is my opinion, respect it.”

It made me more deeply aware that pluralism is, as what Hannah Arendt would say, the inescapable fact of the human condition.

5) As a founding member of STRAP, what do you think is the biggest challenge that transgender persons face today? How can it be addressed?

The challenges transgender persons face today exist in a vicious circle. Each point in that circle feeds on each other, giving this cycle a momentum that is very difficult to counteract. One crucial point in that circle is the internalized transprejudice of transgender people themselves. Transprejudice is a set of practices and beliefs whose underlying assumption is that transgender people are not human beings, therefore they don’t deserve the treatment reserved only for human beings. The danger starts when transgender people start acting on that assumption by engaging in reckless, irresponsible, and self-defeating behaviour. I have struggled with this myself – and it is still hunting me.

How can it be addressed? There are institutional and personal ways of addressing it. The primary institutional means of addressing it is through the most basic institution, the family, where transprejudice begins. Every child, no matter who they are, should be treated as a human being. Treating someone as a human being is respecting their own uniqueness and accepting the manifestation of that uniqueness. Then, the next important institution is our schools and universities – they should endeavour to support the flourishing of everyone’s uniqueness.

As for the personal way, transgender people should start being aware of how they have internalized the prejudice and bigotry against them. When one becomes aware, one can be able to arrest the damaging effects of internalized transprejudice. We transgender people cannot stand up and claim our rights, or even love wholeheartedly, without first reclaiming ourselves from prejudice and bigotry.   This is a difficult and long process, but it needs to be done so one can fully live.

6. What’s the most memorable country you’ve been to, and why?

Denmark – it’s where I first met my partner. It was a very romantic and serendipitous moment.